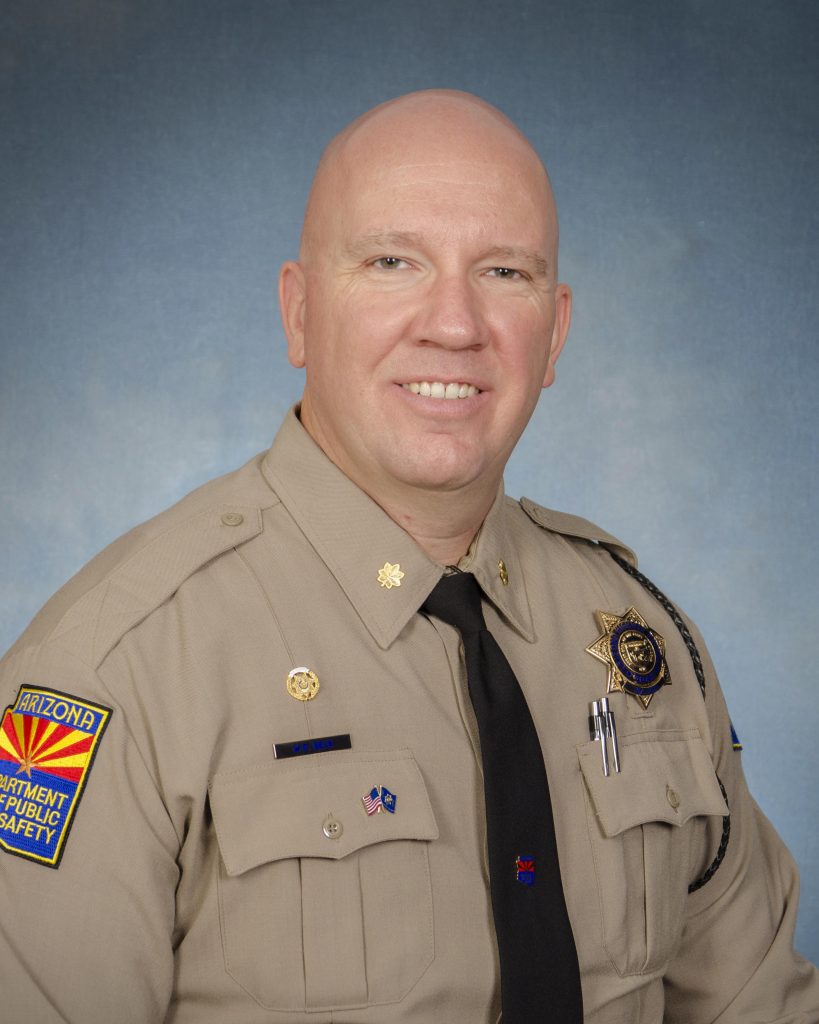 William Beck is a major with the Arizona Department of Public Safety and a 29-year law enforcement veteran.

Major Beck began his law enforcement career as a deputy sheriff with the Berrien County (Michigan) Sheriff’s Department in 1990.  In 1995, Major Beck relocated to begin his career with the Arizona Department of Public Safety.  Following his academy graduation, he served as a trooper in the Highway Patrol and Criminal Investigations Divisions.  In 2003, he promoted to sergeant and served in Highway Patrol, Narcotics, State Gang Task Force and Internal Affairs assignments.  In 2009, he promoted to captain and commanded a Phoenix Highway Patrol District, the Strategic Resources Section, Internal Affairs and the Major Crimes District.  In 2014, he was promoted to major and assumed command of the Metro Phoenix Highway Patrol Bureau.  In 2015, Major Beck was selected as the chief of staff for the Highway Patrol Division, and in 2017, chief of staff for the Criminal Investigations Division.  Since August 2018, Major Beck has commanded the Department’s Gang Enforcement Bureau which encompasses Arizona’s State Gang Task Force as well as the Major Offender District.

Major Beck has a Bachelor of Arts degree from Ottawa University in law enforcement administration and a Master of Administration from Northern Arizona University.  Major Beck is a Certified Public Manager through Arizona State University, a graduate of the International Association of the Chiefs of Police Leadership in Police Organizations program, Northwestern University’s School of Police Staff and Command and the 266th Session of the FBI’s National Academy.