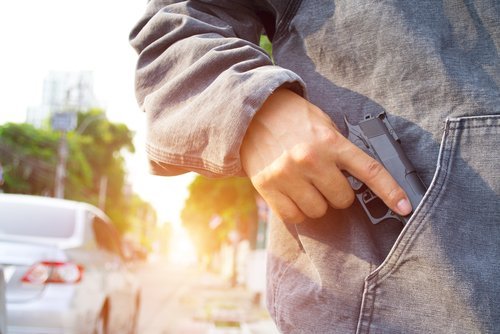 Lone wolf offenders are some of the most dangerous domestic terrorists today, but what do we really know about them?

Justice Clearinghouse Editors (JCH): Let’s start with some basics. What do you mean by the term “Lone Wolf” – in the context of White Nationalism?

Laurie Wood: A basic definition of a lone wolf is a person who carries out a terrorist attack entirely on his own. While the term may have really come into the public consciousness in connection with international terrorism, attacks by “homegrown,” domestic lone wolves are on the rise.

In 2015, we conducted a study on lone wolf domestic terrorism that examined 63 incidents, from 2009 until early 2015, that were drawn from academic databases and our files. Forty-six of them, or almost three-fourths, were carried out by one person, unassisted by others — the textbook definition of a lone wolf.

Most of the remaining 16 cases (in one case the number of perpetrators was not known) involved pairs of people — a father and son, two friends, etc. Only six incidents involved three or more people. So 90 percent of the total cases involved one or two people.

The study also showed an organized group was connected to only one of those 16 cases that involved more than one person, which underscores the trend of domestic terrorist acts moving away from organized group activities to those carried out in lone wolf style.

JCH: Connect the dots for us: the lone wolf, by definition, goes it alone.  But they’re connected to White Nationalist ideas…. Expand on that?

Laurie: As far as the connections to white nationalism goes, I think another interesting thing that came out of our study is that of the 63 cases we examined, the motivations were split almost equally between hate-based ideology and antigovernment-based ideology.

However, our study ended in early 2015. In the years immediately preceding that, antigovernment sentiment had swept across the United States, as vividly illustrated by the 2014 standoff in Nevada between a rancher named Cliven Bundy and his sons and supporters, and federal authorities. (Another standoff involving the Bundys occurred in 2016, a year after our study ended.)

But in 2016 we saw white nationalist sentiment on the rise, exemplified by the deadly Charlottesville riot in August of last year. So, lone wolf violence can be perpetrated by white supremacists, white nationalists or other hate-motivated individuals, or those driven by hatred of the government.

that involved more than one person,

to those carried out in lone wolf style.

JCH:  Who is the “Lone Wolf?” Who should law enforcement agencies and other justice professionals be watching for?

Laurie: In the incidents reviewed in our study, the vast majority of the assailants were male, with only seven female perpetrators.

And they were much older than most violent criminals – in 28%, or 24 cases, the attackers were between 20 and 29 years old; 22%, or 19 cases, 30 and 39 years old; and then 20%, 17 cases, 40 to 49 years old. We believe that suggests lone wolf terrorists spend many years absorbing the ideology that motivates them before they take action.

Dr. Kathleen Puckett, a former FBI special agent who conducted extensive risk assessments of lone wolves such as Theodore Kaczynski and Eric Rudolph, said in most of the high-profile cases she studied the lone wolves were individuals who very much wanted to belong to a group but somehow just did not fit in. So, after trying and failing to be accepted, they devoted themselves completely to their ideology, and let that, rather than the desire for connections with others who shared their beliefs, shape their future actions.

absorbing the ideology that motivates them before they take action.

JCH: What are the biggest misconceptions justice professionals have about “Lone Wolves?”

Laurie: One common misperception is that there are never any warning signs of lone wolf violence. What we’ve learned, albeit too late, is that in many cases there were indicators of the lone wolf’s propensity for violence, or intention to commit violent acts.

For instance, friends of Dylann Roof, who killed nine black parishioners in Charleston, SC, in 2015, said he had mentioned wanting to start a race war, which worried them enough that they hid his gun from him. But then they returned it, citing reasons we’ve heard over and over again: they didn’t think he was serious; he was just kidding. So they didn’t tell anyone, such as law enforcement. We’ve seen in many of our case studies of lone wolves that the offenders had tried to share their beliefs with family or friends, who then just dismissed them, and didn’t warn anyone. It may be trite, but the warning of “Hear something, tell someone” is crucial here.

I would mention that law enforcement professionals who have extended contact with potential loan wolves are much more likely/able to be able to see the warning signs. Correctional officers who interact with potential offenders daily would be the first to notice a change in pattern or behavior. Probation and parole officers, who are in contact with such individuals once they are out of prison, should also be aware of changes in patterns of behavior or comments the person might have made; social media postings; or conversations he or she might have with relatives or friends. The important thing to remember is many lone wolf terrorists tried to convey their beliefs, either directly or indirectly, to those closest to them and they were dismissed, or simply weren’t taken seriously.

Click Here to Watch “What Law Enforcement and Justice Professionals Need to Know about the “Lone Wolf.” 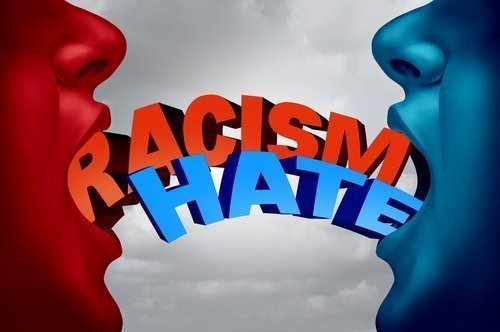 How Law Enforcement Can Prepare for, Respond to and Manage Hate Rallies: An Interview with SPLC’s Laurie Wood 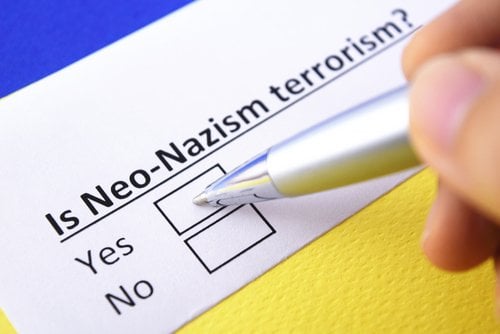