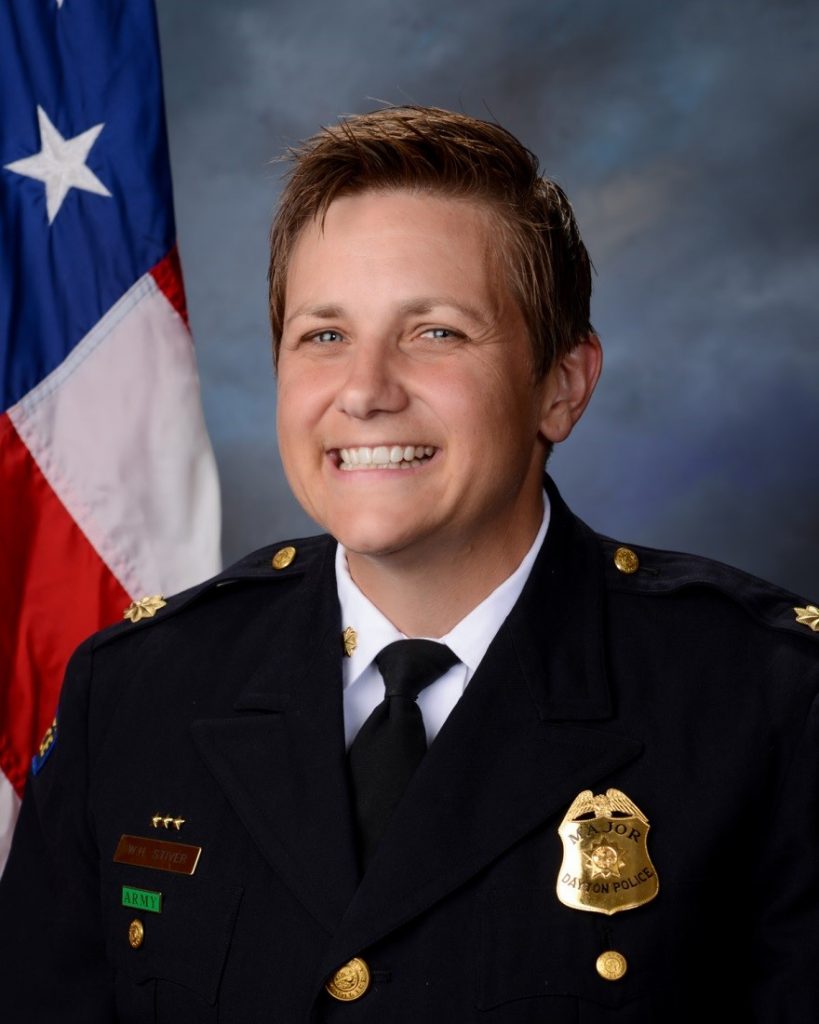 Wendy Stiver is the Director of Research and Procedural Justice for the Charleston Police Department in the great state of South Carolina. She served in the Dayton Police Department for 21 years and recently retired as a Major. She served as the Commander of the Central Patrol Operations Division with responsibility for patrol activities in Dayton’s Central Business District. She both lived in and served the Oregon District during the mass shooting event of August 4, 2019. She is a veteran of the United States Army Military Police Corps and grew up in an Air Force family.

She holds a master’s degree in criminal justice from the University of Cincinnati and is a graduate of the Police Executive Leadership College, Ohio Certified Law Enforcement Executive course and Senior Management Institute for Policing. She has taught graduate seminars in race and policing at Wright State University and served as an adjunct of practice at the University of Dayton’s Institute for Applied Creative Transformation’s GEMnasium with an experimental collider course in community resiliency.

Wendy is committed to evidence-based policing, having served as a Law Enforcement Advancing Data and Science (LEADS) Scholar with the National Institute of Justice and as a practitioner in residence/senior research advisor at NIJ. Her principal research project was a study of police interaction during gestation in infant mortality cases, which led to an innovative partnership between the Dayton Police Department and a nurse home visiting program to expand health care access to at-risk communities.