What used to be woods or fields are being turned into cities to cater to the human population that demand more urban locations to live in. The animals endemic in these areas remain despite the establishments that sprung up in their homes and come up with ways to coexist with humans and the structures they build. Unfortunately, humans aren’t as adaptable as our furry and feathery friends are. Finding out that a raccoon decides to make a wall space their home or birds nesting on a chimney necessitates intervention – and too often it is through inhumane ways.

John Griffin is back, this time around to talk about urban wildlife. John is the Senior Director of Urban Wildlife Programs for the Humane Society of the United States (HSUS). A veteran in the field of wildlife, John worked with a range of species – from squirrels and bats to great apes.

On this course, John unpacks humans’ conflict with wildlife, urban wildlife ecology, and animal behavior just to name a few. Points he tackled on this session include:

After the Webinar: Urban Wildlife 101. Q&A with HSUS’ John Griffin

Webinar presenter John Griffin answered a number of your questions after his presentation, Urban Wil […] 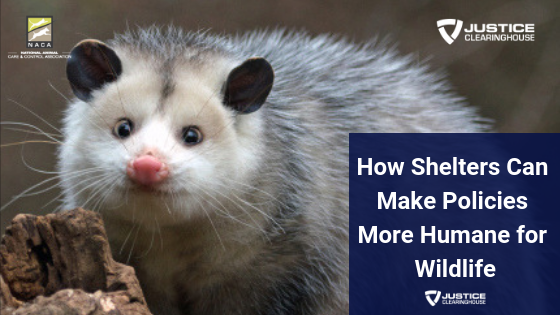