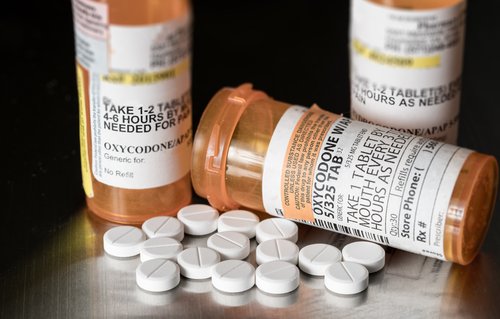 The opioid epidemic has devastated families, challenged first responders and drained communities, leaving behind those bereft with grief, but also public safety professionals asking how do we not just stem the tide of this epidemic’s impact, but solve the underlying issues creating this epidemic?

One way to begin understanding the opioid epidemic is first through the data available.

Check out this recorded webinar when Microsoft technologist Al Smith shares how they have developed a framework that helps state and local experts to:

Al Smith: I’ve been interested in technology for many years.   As a matter of fact, I was just 13 years old when I decided that computer science was going to be my career path.   Despite the overly-driven nature of that statement, I’ve always been impressed with the ways that technology can be leveraged to solve many of the difficulties that we encounter every day including the advances in public safety and crime prevention such as body cameras and equipment sensors which aid in protecting officers in the field.  Also, intelligent cities designed to maximize the efficiency of safety, operations and services for their citizens.

With the onslaught of health crises that we’ve seen in recent past from outbreaks such as Zika or Influenza to epidemics such as the Country’s war on Opioid distribution, addition and death, organizations at every level of government including Justice and Public Safety, Medical, and Health & Human Services are experiencing their resources (both personnel and financial) being stretched thin.

I interact with many people in my professional position and have witnessed the hopelessness and broken hearts of those affected, directly or indirectly, by the Opioid epidemic.   Everyone seems to “know someone” who has fallen victim to – or even worse, died from – Opiate addiction.

The issue I found with much of the response to the epidemic was that information focused on the number of deaths, the location of deaths and the demographics around deaths.   There needed to be a way to identify and intervene with struggling individuals to provide them programs and services that would prevent their inevitable overdose or death.

And so, with my colleagues in the HHS and JPS spaces at Microsoft, I set out to develop a system that might help stem the effects of this epidemic – both to individuals physically suffering from it as well as the drain on the professional services in place to combat it.

Everyone seems to “know someone” who has fallen victim to

– or even worse, died from – Opiate addiction.

JCH: What do you think the biggest myths are about the opioid epidemic?

Al: I feel that one of the major myths about the opioid epidemic is that it is, somehow, a socioeconomic problem.  What I mean by that is that some believe that Opiate addition is tied to race or income or education.  This simply isn’t the case.   A large number of individuals afflicted began with a legitimate injury – say, at work.  And followed through, as prescribed by physicians, with physical therapy but, perhaps, also with pain management via Opiate-based medication.

Opioids are chemically related and interact with opioid receptors on nerve cells in the brain and nervous system to produce pleasurable effects and relieve pain.  The unfortunate side effect is that the individual becomes dependent upon the medication for that pain relief.

There are typically two paths that I’ve seen individuals take when the prescriptions stop.  First, there’s what we call “Doctor Shopping.”   To gain access to more of the prescriptions, someone may go from one doctor to another in hopes of prolonging their legal access to the drugs.   When this is no longer viable means, many take the tragic turn to street drugs, such as Heroin which, physiologically, provide some of the same relief.

This isn’t a battle that’s going to be won by focusing on socioeconomic factors.   Some of the most affluent and educated populations in the United States have the exact same – and in some cases, even greater – death rate as those with lower income brackets or levels of education.  While alternative treatments are being sought – and show promising signs of success we need, as a country, to maintain focus on those who are already walking along a dangerous path.

was that information focused on the number of deaths, the location of deaths and the demographics around deaths.

to provide them programs and services that would prevent their inevitable overdose or death.

JCH: This has become a bit of a passion project for you. What keeps you motivated to keep working on it?

Al: Nearly every day there are news reports of people overdosing and dying from this epidemic.  An unfortunate side-effect are children who also suffer as a result of parents or caregivers being arrested or overdosing.  Child Services and foster care programs are tasked beyond their means to ensure the safety of these children – some even born addicted themselves to Opiates.  There are distinct patterns and factors which lead to addiction – each weighted individually based on historical trends.   By stepping back, and looking at the big picture, we have the ability to take note of these signs and offer help in advance of a tragic ending.  Life is too precious to just stand by, when there may be something that can be done to prevent overdosing or death.

Criminal recidivism is always another consideration.   If someone has been incarcerated for drug-related offenses, it’s important to provide the education and services that individual needs during incarceration to ensure that, when released, old patterns don’t easily take over.  The financial drain on JPS resources that this epidemic causes is just as great as that on the Health and Human services.  The issue – and resulting solutions – however, share many similarities.

By stepping back, and looking at the big picture,

we have the ability to take note of these signs and offer help in advance of a tragic ending.

JCH: You recently had the privilege of presenting to White House personnel about your project. Can you share with us what that experience was like?

Al: It was an incredible honor to receive an invitation to the brief of Office of National Drug Control Policy at the White House on the solution that I’ve developed.   Being able to propose an idea to those who have the ability and responsibility to invoke change for the good of our country’s citizens was one of the highlights of my career.

Those in attendance were easily in agreement that one of the foremost blockers that has been encountered in this venture is the inability to share data across agency domains such as Health, HHS, and JPS.  Mostly, this is because of legacy systems that can’t communicate with each other as well as privacy considerations such as Personally Identifiable Information (PII) and HIPAA laws.   The next steps proposed are to begin those conversations, including White House staff, Microsoft and State and Local agencies, in hopes of finding a resolution

Life is too precious to just stand by,

when there may be something that can be done to prevent overdosing or death.

JCH: Our audience spans the whole range of justice professionals.  What do you think members will learn from your presentation that they can immediately apply in their work?

Al: The first, and foremost, takeaway – especially for justice professionals – is prevention.   The ability to identify the needs of individuals, whether incarcerated or paroled and provide the services that they require to combat addiction.

Additionally, my hope is to demonstrate how when agencies collaborate to share information, that the results of applying intelligent technology to that information are endless from a prevention perspective.  The more data that is available, the better the results of a system such as this.   Beginning these dialogues at every level of government – local, State and Federal – is what’s going to result in success of the short- and long-term goals associated with combatting the Opioid epidemic.

Click Here to Watch “Leveraging Cloud Technology to Address the Opioid Epidemic in Your Community: The Opioid Prevention and Intervention Intelligence System.”