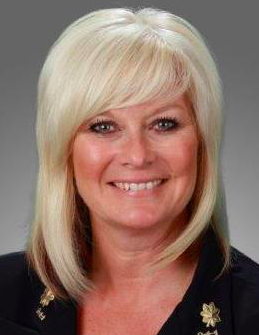 Teresa Murray is the Chief Executive Director of Sacramento Regional Fire/EMS Communications Center. She possesses her B.A. in Public Administration with a minor in Communications. She is a graduate of the first civilian-allowed Peace Officer Standards and Training Command College Course, Class 43-2008, a prestigious 18 month Master’s program.  She is a Six Sigma green belt and has over 28 years of Project Management experience.

Teresa began her career in 1985 as a Dispatcher Recruit for the Sacramento Police and Fire Department. Over the next 20 years at Sacramento she would find herself in a number of positions, ranging from Training Officer to Administrative Supervisor to Project Manager, overseeing the design and build of a 23 million dollar 9-1-1 Communications Center. In 2004 Ms. Murray went to the Roseville Police and Fire Department and served both as Police Administrator and Commander of Police and Fire for over ten (10) years.  She is credited with evolving the Center, leading a team to success, and as a result, was awarded the APCO, Northern Chapter, Center Director of the Year award in 2012. In November 2012, Teresa Murray was hired by SRFECC as their Chief Executive Director.  Since her arrival at SRFECC the organization has received over 33 awards in every single division of the organization which includes State, National, and International recognition. During FY 12/13, Teresa received, for the second year in a row, the APCO Northern Chapter, Center Director of the year and, most recently, the 2014 PSAP Finest National Director of the Year. In 2015 the organization was officially made a case study for how JPA’s should be structured in the future due to their achievement of governmental efficiency. In 2016 Chief Murray was invited to speak at the European Emergency Number Association in Prague, Czech. She was the keynote speaker at their international conference representing SRFECC. Teresa celebrated 32 years in the field in August of 2017.