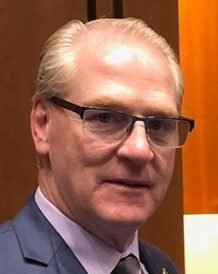 Since February 2009, Stephen Luce has served as the Executive Director for the Indiana Sheriffs Association. As the Executive Director he administers all affairs of the Association including the following: statewide training for all Sheriffs and their employees, legislation, fundraising, annual membership drive, acts as a liaison for the Sheriffs in communicating to State Offices and the Governor Pence’s Office, and organize and supervise research and educational programs for the Association.