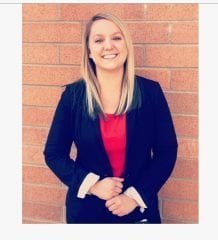 Shannon Struble graduated from Arizona State University Sandra Day O’Connor School of Law in 2014.  After completing law school, she became a prosecutor with the Maricopa County Attorney’s Office where she has been for almost 5 years.  During that time she has handled a number of large scale investigations into not only traditional criminal street gangs but also into hybrid gangs.   She was named the Gang Prosecutor of the Year for 2019 by the Arizona Gang Investigators Association. When she is not working, she enjoys kickboxing, hiking, and spending time with friends and family.