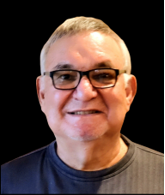 Rick Miller is the founder of Kids at Hope, an international child, and youth development organization that studies family, school, and community cultures to understand better the dynamics of success and failure. He is also a professor of practice and clinical director at Arizona State University’s Center for the Advanced Study and Practice of HOPE .

Rick has spent 50 years in the field of child and youth development as a practitioner, researcher, professor, public policy expert, and author.

Rick’s research is revolutionizing the understanding of child and youth development and cultures. His work is modeled in 21 states and four countries and has been cited by the American Academy of Pediatrics and adopted by the Arizona Supreme Court to redefine the juvenile justice system from risk to HOPE.

He is the author of three books and two comic books including “Youth Development from the Trenches” and “The Soul, Science, and Culture of HOPE.”

Among his many keynotes, workshops, seminars, and symposiums, Rick delivered a a TED Talk in Washington DC.