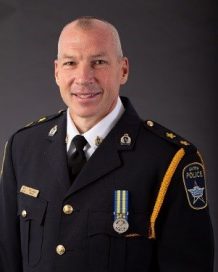 Deputy Chief Rich Johnston has been policing for 24 years, beginning his career with the Ontario Provincial Police in the fall of 1997 in Northern Ontario.  Deputy Chief Johnston has worked across all areas of the Barrie Police Service including Operations, Operational Support, Investigative Services and Executive Services.

Deputy Johnston was one of the first National Institute of Justice (USA) L.E.A.D.S Scholars (Law enforcement advancing data and science) selected from outside the United States.