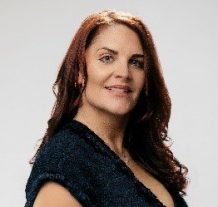 Renée J. Mitchell served in the Sacramento Police Department for twenty-two years and is currently a Senior Police Researcher with RTI International. She holds a B.S. in Psychology, an M.A. in Counseling Psychology, an M.B.A., a J.D., and a Ph.D. in Criminology from the University of Cambridge. She was a 2009/2010 Fulbright Police Research Fellow where completed research in the area of juvenile gang violence at the London Metropolitan Police Service. You can view her TEDx talks, “Research not Protests” and “Policing Needs to Change: Trust me I’m a Cop,”, where she advocates for evidence-based policing. She is a co-founder of the American Society of Evidence-Based Policing, a National Police Foundation Fellow, a BetaGov Fellow, a member of the George Mason Evidence-Based Policing Hall of Fame, and a visiting scholar at the University of Cambridge. Her research areas include policing, evidence-based crime prevention, evaluation research and methods, place-based criminology, police/citizen communication, and implicit bias training. She has published her work in the Journal of Experimental Criminology, Justice Quarterly, and the Cambridge Journal of Evidence-Based Policing. She has an edited book with Dr. Laura Huey, Evidence-Based Policing: An Introduction and coming out next March Implementing Evidence-Based Research: A How-to Guide for Police Organizations.