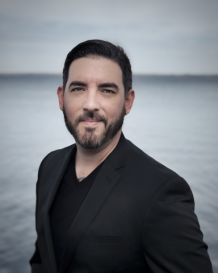 Nick Lippincott began his career in animal welfare in 2003 as a veterinary technician. Deciding against pursuing a continued career in animal medicine after witnessing cases of severe neglect at the hands of uneducated owners, Nick changed his focus to humane law enforcement. Shortly after he began working as an Animal Services Officer in Orange County Florida. Here Nick focused on attempting to reduce recidivism through education of both animal owners and the community around them.

After leaving Orange County Animal Services, Nick was brought on as a Humane Law Enforcement Officer with the Washington Humane Society (Humane Rescue Alliance). In this position, he worked as 1 of only 4 officers investigating cases of animal cruelty within the District of Columbia. He then moved into the role of Bite Investigator with D.C. Animal Care and Control, investigating bites as well as recommending and enforcing Dangerous Dog Legislation within the District.

In 2015, Nick returned to Orange County Animal Services as a Senior Animal Services Officer within the field division. He now acts as Training Officer and Special Projects Administrator for the division. Since his return, he has focused heavily on increasing agency communication and cooperation with Law Enforcement and Welfare Agencies.

Nick sits on the Board of Directors for the National Animal Care and Control Association (NACA). He also holds a Degree in Criminal Justice and Photographic Technology.