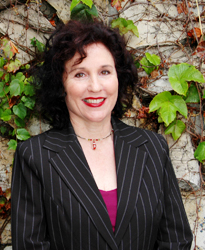 Madeline Bernstein is the President of the Society for the Prevention of Cruelty to Animals Los Angeles (spcaLA). A frequent speaker and commentator on issues relating to animal welfare, ethics, and law enforcement, she advocates the humane treatment of and respect for animals. Madeline currently serves as an advisory committee member of the Association of Prosecuting Attorneys Animal Cruelty Division and as a member of the California State Fish and Game Advisory Committee among others. Madeline has written numerous pieces and co-authored a Law Review Article: Time to Feed the Evidence. Her blog, This Bitch Craves Attention: Animal Welfare in Los Angeles won the CBS People’s Choice Award 2011 and is often reprinted in various media. In 2012, Madeline was the first Distinguished Visiting Animal Advocate for The Center for Animal Law Studies at Lewis & Clark where she has returned as a visiting professor and is the recipient of the Boeing Crystal Vision Award among others. Madeline is the author of Designer Dogs: An Exposé: Inside the Criminal Underworld of Crossbreeding.