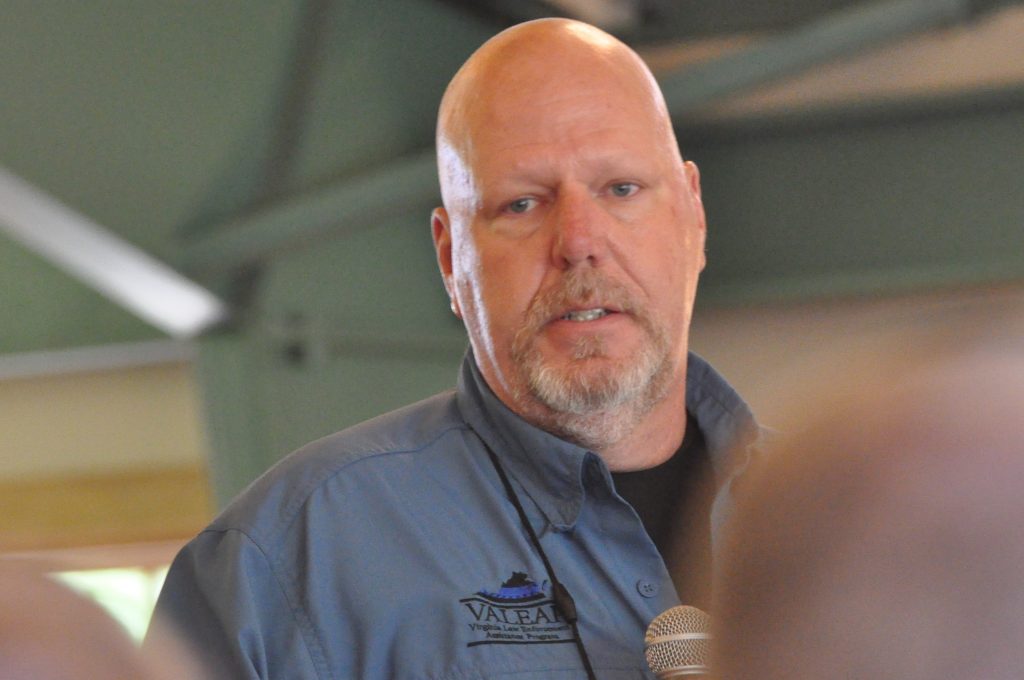 Kit Cummings is the Law Enforcement Outreach Specialist for New River Valley Community Services and volunteers his time as the Operations Director of Virginia Law Enforcement Assistance Program (VALEAP).  Kit retired from the Blacksburg Police Department as a patrol lieutenant in 2014 after 25 years of service, and enjoys a semi-retired second career in the public mental health field.

Working in public safety peer support since 1994, Kit was a founding member of VALEAP in 2008.  Kit has been a Crisis Intervention Team officer with the New River Valley Crisis Intervention Team since the team’s inception in 2004, and currently serves as the liaison between the Community Services Board and fourteen partnering law enforcement agencies.  In his work with VALEAP and NRVCS, Kit has been deployed to numerous communities in the wake of significant events including Charleston, SC (Emanuel AME shootings), Houston, Tx. (Santa Fe HS shootings), Virginia Beach (VB Public Works shootings), Roanoke, Va. (WDBJ7 reporters’ murders and FreightCar America shootings), and he was a first responder to Virginia Tech in 2007.

Kit is also the spouse of a law enforcement officer – his wife Valerie is a 20-year police veteran with the Vinton Police Department.  They and their three children make their home in the Roanoke Valley.