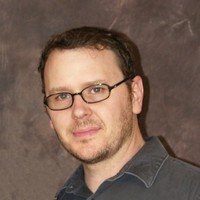 Kevin Johnson is a Senior Partner Solutions Architect for Cradlepoint. Kevin had a short-lived career in law enforcement from 1995 to 1999 that ended due to injury. The injury allowed Kevin and his family to regroup and pursue other career paths. Having grown up around computers Kevin returned to school to pursue a computer science degree and began a career in computer networking design and implementation in various industries like Publications, Radio Broadcasting, Healthcare, and Enterprise Network Manufacturing at Cradlepoint over the last twenty years. Kevin has been with Cradlepoint for 8 years and has been at the center of building state of the art networks for several fortune 100 companies using LTE technologies. Kevin has developed several Cradlepoint partner-built practices around law enforcement specific next-generation in-vehicle technologies. In 2018, Kevin had the privilege to address Congress on the importance of next-generation communication technologies and evangelize the need for funding our first and secondary responders.