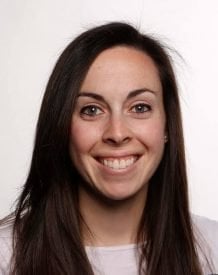 Katie Nelson is the Social Media and Public Relations Coordinator at the Mountain View Police Department in Northern California. Since 2015, she has managed the department’s social media accounts, focusing primarily on the department’s engagement efforts as well as serving as the agency’s public information officer. In addition to her role at MVPD, Katie was elected in October to serve as secretary for the PIO section of the International Association of Chiefs of Police. Last year, she served on the Government Social Media council, a national organization that works to educate and improve agencies’ understanding and usage of social media platforms. She blogs for the IACP Center for Social Media and has presented across the country on social media best practices and crisis communication strategies. She also serves as an instructor with the California Office of Emergency Services, where she educates local and state personnel on the importance of social media and its role in connecting with their communities. Prior to her role at the Mountain View Police Department, Katie was an award-winning journalist covering public safety in the Bay Area. You can follow her on Twitter: @katienelson210 or connect on LinkedIn.