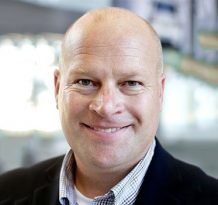 Col. James (Jim) M. Wolfinbarger retired as the 7th chief of the Colorado State Patrol in 2013 after serving his final four years as Chief. During the course of Jim’s career with the CSP he served in a number of capacities including as the Director of the CO Office of Preparedness and Security (OPS) which included oversight of the State’s Fusion Center and Critical Infrastructure Protection Team. He also served as the Training Director for the Colorado State Patrol and a number of years as the agency’s lead media spokesperson.

As the chief, Jim was responsible for the 1200 members of the CSP to include 5 regional statewide communications centers with over 140 police communication professionals. In addition to the CSP, those centers provided professional communications services to over 60 state and local agencies across Colorado.

Jim served as the chair of the International Association of Chiefs of Police (IACP) Homeland Security Committee in 2012  and served as a board member for the IACP’s Highway Safety Committee from 2009-13.

Jim holds a Bachelors of Science in Communications Disorders from the University of Northern Colorado (1993). Jim is a graduate of the 225th session of the Federal Bureau of Investigation’s (FBI) National Academy (NA) as well as the 33rd session of the FBI’s National Executive Institute (NEI) and a graduate of the 2011 FBI/INTERPOL Atlantic Leadership in Counter Terrorism (LinCT). Jim is also a graduate of the 176th session of the Northwestern University’s School of Police and Staff Command (SPSC). Jim has toured Israel along with the Anti-Defamation League (ADL) as a guest of the Israeli Defense Forces (IDF) and the Israeli National Police learning of their best practices to enhance information sharing and interdict terrorism. As a law enforcement executive, Jim has spoken both nationally and internationally as an expert in the area of public/private partnerships and information sharing to enhance public safety and reduce crime in our country.

Since joining Motorola Jim has worked to provide industry expertise and to act as a ambassador to law enforcement executives in the United States regarding what Motorola is bringing to the market to enable public safety agencies the tools and solutions needed to empower their personnel to move forward into intelligence-led public safety while ensuring that the men and women who serve in those departments have the tools at their disposal to keep them safe by providing the right information and intelligence when they need it the most. Additionally, to provide thought leadership around the use of technology to connect with communities while anchoring trust through enhanced transparency using advanced technologies.