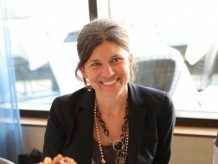 A former staff reporter for the Chicago Tribune and TIME.com, Jessica Reaves joined ADL’s Center on Extremism (COE) as an investigative researcher in 2014. In her current role as Editorial Director, she manages and edits the full range of COE’s written products, from major reports to daily blog posts. Jessica also monitors and writes about misogyny within the white supremacist movement, with a particular focus on the alt-right.

Prior to her current role, Jessica worked in ADL’s Chicago office as the Midwest Investigative Researcher. In that position, she was responsible for researching and monitoring extremist groups and individuals in the Midwest region, and served as an expert consultant to law enforcement agencies on cases involving anti-government extremist groups and white supremacists.

She is a graduate of Duke University.