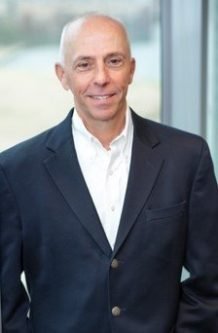 He began his law enforcement career in 1982 as an Officer in the Arlington County Virginia Police Department where he served in various capacities including uniformed patrol, SWAT, and plain-clothes investigations. He entered on duty as a Drug Enforcement Administration (DEA) Special Agent in 1986, and subsequently served in the Washington, D.C. and Miami offices as well as the DEA Academy in Quantico, VA. He received numerous commendations for conducting high-risk undercover assignments targeting Colombian cartels throughout the Western Hemisphere. During his tenure as an Academy instructor, he developed DEA’s Ethics and Integrity and Critical Incident Response Programs.

Beginning in 1995, he served in several supervisory positions including the Florida Joint Task Force/Vice President’s Task Force in Miami and a Florida State-wide anti-drug violence task force. He later served as a Program Manager at DEA Headquarters, and in 1999 was promoted to Executive Assistant to DEA’s Chief of Operations where he served until he was reassigned to the Rocky Mountain Division. In the hours following the September 11 attack, he coordinated the DEA Headquarters’ response and security operations in the area of the Pentagon.

Jeff was appointed to the Senior Executive Service of the United States on January 12, 2003. His first executive assignment was as the Special Agent in Charge of DEA’s Rocky Mountain Division. The Division, DEA’s largest, encompassed eleven offices throughout Colorado, Wyoming, Utah, and Montana. Jeff later served as the Special Agent in Charge of the DEA’s Office of Training and lead DEA’s Training Academy at Quantico, positioning it as a preeminent facility at both the national and international levels. He also managed counter-drug training for International Law Enforcement Academies in Botswana, Hungary, Thailand, and El Salvador.

He received a Bachelor’s Degree in Criminal Justice from Towson University in Baltimore, MD, attended George Washington University Graduate School, and subsequently earned a Master’s Degree in Education from the University of Virginia. In 2013, Jeff was awarded a Certified Protection Professional designation by ASIS International.

Jeff and his wife Donna, a professional photographer, live in Colorado. They have two sons and two grandchildren.