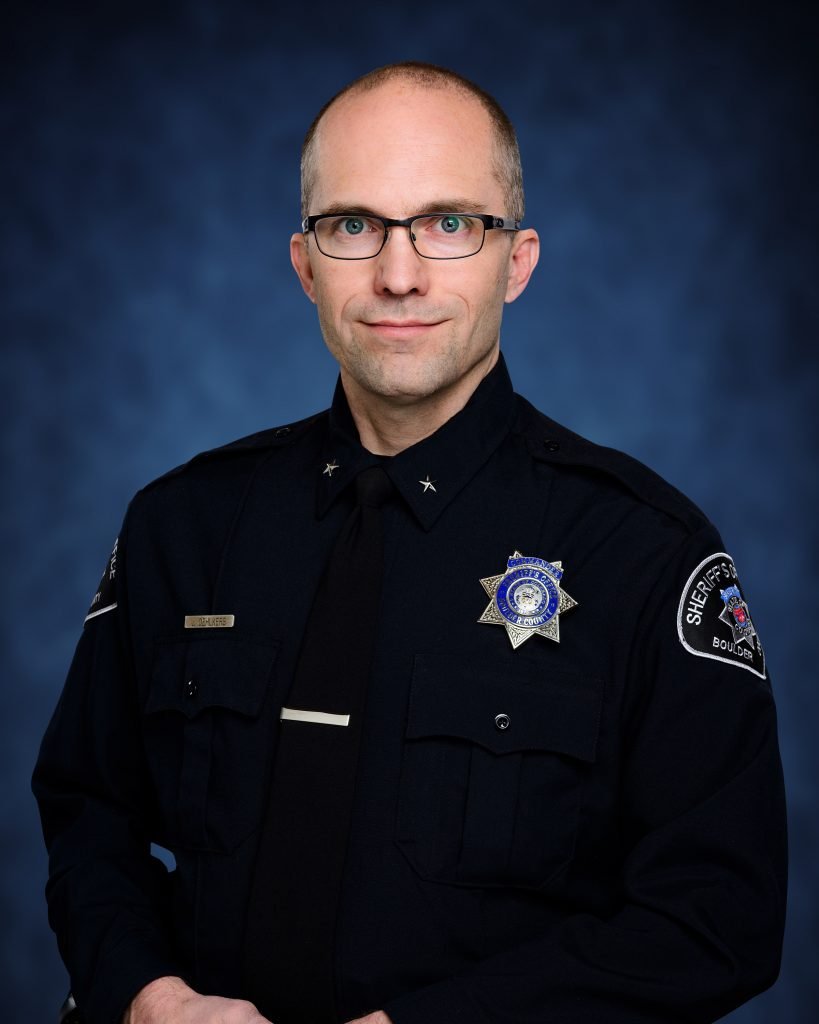 Commander Jason Oehlkers joined the Boulder County (Colorado) Sheriff’s Office in 1992, he was sworn in as a deputy in 1996.  Throughout Jason’s career, he has worked in patrol, DUI/traffic enforcement, as a K-9 handler, in criminal investigations, and he has served for more than 18 years as a member of the agency’s SWAT team.  Jason is currently assigned to the Administrative Division where he supervises the division’s Personnel and Training Section.  His duties include leading the agency’s critical skills training, annual in-service training, and personnel section.  Jason is a current board member for the Rocky Mountain Tactical Team Association and for the North Central Training Region for the Colorado Attorney General’s Office of Peace Officer Standards and Training.