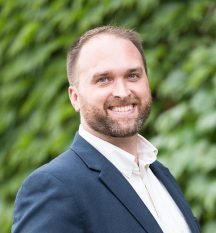 Jamey is principal of Outsider Consulting, LLC and serves leaders and professionals across the nation. He has learned much from his successes AND failures.

After graduating West Point as an Infantry ofﬁcer, Jamey led in combat in Afghanistan and Iraq. In Iraq, he negotiated with tribal leaders, coordinated with Iraqi Army counterparts and oversaw the establishment of police stations and local governance. Jamey also instructed at the ﬁnal phase of Ranger School.

Following his Army service, Jamey began a career as a leadership consultant. He worked closely with the Center for the Army Profession and Ethic as it prompted leaders to grapple with identity, ethical decision-making, and culture. Jamey oversaw design and use of various instructional methods, including the production of video case studies and a modular documentary on a war crime.