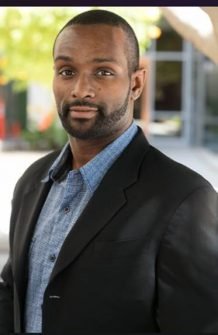 Jamal Brooks-Hawkins is the Sexual Violence Prevention Coordinator for the Arizona Coalition to End Sexual and Domestic Violence. He received a BFA in Theatre Studies from DePaul University and an MSW from Arizona State University. He has studied Men and Masculinity since 2002 and worked in Sexual Health programming since 2013.  Jamal focuses on vulnerable and oppressed populations and reduction of health disparities.  He has worked closely with the homeless and near homeless, those using substances, intravenous drug users, transactional sex workers, and those who are living with HIV and AIDS. Jamal conducts sexual violence prevention and bystander intervention training to alcohol-serving establishments statewide as part of the Arizona Safer Bars Alliance program and is the chair of Men Against Patriarchy and Oppression (MAPO), the men’s engagement committee at ACESDV.  Jamal conveys messages of prevention is justice and justice for all.