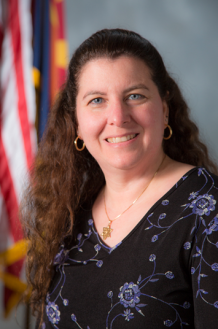 Hilary Weinberg is an “Honorary Native” of Arizona, having lived in Arizona since she was nine years old.  She is a proud graduate of Deer Valley High School in Glendale and of Arizona State University, where she was a trumpet player in the marching band, the Pride of the Southwest.  Hilary attended California Western School of Law, where she obtained her law degree in two years.

Hilary is an Assistant City Prosecutor in Phoenix, Arizona.  Prior to this position, she spent 23 years with the Maricopa County Attorney’s Office after serving four and a half years with the City of Tucson Prosecutor’s Office and one year as a law clerk for a Pima County Superior Court Judge.  During her over two decades at Maricopa County, Hilary was assigned to numerous bureaus within the office including Gangs, Homicide, Training, Vehicular Crimes, and Trial Group.  She was the Bureau Chief of Family Violence (West Bureau) from 2014-2019 and was one of the founders and supervisors of the office’s Peer Support Program.  Hilary also helped lead a committee at the Maricopa Association of Governments that revamped and updated the Maricopa County Protocol relating to Vulnerable Adult Abuse and helped turn it into a statewide protocol. During her time with the Maricopa County Attorney’s Office, Hilary conducted training for numerous agencies and organizations including the Department of Public Safety, the Maricopa County Sheriff’s Office, The City of Phoenix Prosecutor’s Office, the Southeastern Homicide Investigators Association, and the Association of Prosecuting Attorneys.  Additionally, Hilary has conducted numerous webinars for Justice Clearinghouse relating to Domestic Violence issues. As an Assistant City Prosecutor, Hilary has conducted training at the Statewide Probation Officers’ Conference, and she continues to be a member of the Association of Prosecuting Attorney’s Domestic Violence Subcommittee. She is also the current Chairperson of the City of Goodyear, Arizona’s Judicial Advisory Committee.  Hilary is currently working on a multidisciplinary team that is addressing the issues involving domestic violence victims who have suffered concussions.

When not working, Hilary enjoys being with her family, quilting, scrapbooking and reading.  She also plays trumpet in the Glendale Community College Community Concert Band.