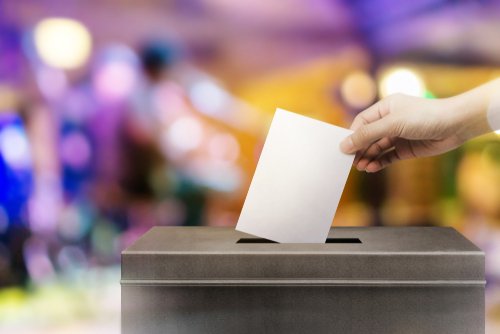 One of the most interesting projects as of late has been the City of Seattle’s innovative approach to campaign financing, “Democracy Vouchers.”

Join Grant McLarnon and Rene LeBeau to get a behind-the-scenes view at how this project was launched and managed, as well as the trials and tribulations from Solution Selection and implementation to the success of the program.

Justice Clearinghouse Editors (JCH): So tell us a bit about Adoxio and how it got involved with the democracy voucher program and why was this project intriguing to you?

Grant McLarnon: We’re a company focused on providing solutions using Microsoft Dynamics 365. We specifically specialize in creating solutions for local governments and so we provide our 311 solutions, or our citizen services solution, on the framework. But really, because it’s a platform and a framework, we’re really about proving or showing that we can build solutions and demonstrating the capability to extend the platform to be more than just a 311 application or a citizen’s service application and more about how cities can leverage this platform to really engage with citizens on every level.

It’s about really understanding the city’s interaction with each individual constituent, over and beyond simply what they might have concerns about, or what they’re complaining about and really getting to an understanding of the citizen.

Cities are plagued by numerous systems often that don’t talk to each other, so the ability for cities to get an understanding of the citizen and their entire relationship with the city can be really difficult. So, we provide a platform that allows cities to do that.

JCH: Tell us your involvement with the democracy voucher program and what struck you, what was unique about that program for you.

Grant: It’s a really great example of what I was just talking about: of using the platform outside what you would typically think a CRM application can do. It’s a fantastic way to engage citizens in the political process. So again, understanding how citizens are interacting with the city on a whole. That was really intriguing to us, and this is a unique, exciting project and we’re not aware of anyone else anywhere doing this. So, we were excited to be involved with it right from the start.

JCH: What are some of the trends to engage citizens that you’ve seen recently?

Grant: There’s a number of trends we’re seeing in local governments. One of those is a trend towards moving to more holistic applications in cities to look beyond finding point solutions or departmental solutions. There’s a myriad of departments within any local government. And again, the bigger the city, the bigger that web is. The challenge cities have is that they have created disjointed information internally. The trends we’re seeing are that cities are looking to consolidate their systems across departments and create a more seamless workflow across their organizations.

They want to be more strategic in their information management and the ability to understand all the data that they now have access to.  Smart City technologies such as Internet of Things (IOT) devices and the ability for artificial intelligence to play a role in providing even greater services to citizens is going to generate exponentially more data for cities. It grows every day. We’re talking about massive amounts of data that they need to manage to provide better experiences for their citizens. To manage that across multiple systems that are disconnected is proving to be very difficult for cities. So we’re seeing a trend for cities to look for more consolidated applications in the cloud to manage all of that data and to have access to that data. Not just in one department, but in all departments, so, for example, that somebody in the roads department can be equally connected to the citizen experience as somebody in the parks department.

JCH: How did the city of Seattle’s project reflect some of these current trends?

Grant:  This was a really nice way to extend the Microsoft Dynamics 365 platform out again in a really unique way. To demonstrate the capability of the system beyond what people would traditionally think they would use a CRM application for. It was a really interesting way to highlight and showcase the platform, and that’s why we’re really happy to be out speaking about it.

Mobile apps are a great example of a road that many cities have gone down.

Many cities felt that in order to stay current,

they needed to have a mobile app.

The truth is, the adoption of mobile apps by citizens in most cities is next to zero.

JCH: So in order to embrace the era of digital transformation, what should cities be considering with regards to their internal work teams.

Grant: I think there’s a number of things that cities should be aware of. Something that we’ve been talking about a lot is being able to weed out some of the noise that happens as well in the technology world. There are trends and things that happen that are that have staying power, and that stick, and there are some that don’t.

I’ve been pointing out actually mobile apps as a great example of a road that many cities have gone down. They felt that in order to stay current and hip, they needed to have a mobile app. The truth is, the adoption of mobile apps by citizens in most cities is next to zero. There are apps that people want on their phone and apps that people don’t want on their phone. I would challenge cities to think about who’s really using their mobile apps, if they’re being used at all. That’s a technology trend that many cities have jumped on, and spent money on, and yet we’re seeing the value of it to be very low. There is very little value in having an app for the city. In fact, we’re seeing that in most cities the volume of cases presented to the city through the mobile app is less than 4% in most cases.

So again, this is a trend or a fad in IT, and it’s easy for cities to get caught up in these fads. Whereas some of the other trends in technology are going to have staying power. We know that artificial intelligence and the Internet of things, IOT is here to stay. It’s about getting with these technologies, understanding how they’re going to be used. And again, understanding cross-departmentally how a city could use those things. How they’re going to use that technology and to get a handle on it before it runs away on them.

Cities should find a partner –

somebody who is capable of understanding the innovation landscape

because the pace of innovation is not slowing down, it is increasing exponentially.

JCH: Playing consultant, let’s assume another local government agency has heard about what Seattle’s doing and is curious about implementing a similar project from a technology partner perspective, what are some considerations that agencies might think through before implementing such a project?

Grant: I think one of the challenges that we also see in cities and some public sector folks. There are challenges within the public sector, in their ability to innovate the way that the private sector can. From our perspective, the public sector simply cannot innovate the way that the commercial sector can. And it risks being left behind by certain technologies as a result. And so, my strong recommendation for cities is to find partners that they feel comfortable, or vendors, providers who they are ready to really and truly partner with. Somebody who is capable of understanding the innovation landscape and being that true partner in helping them find success in the use of technology because the pace of innovation is not slowing down, it is increasing exponentially. And that is increasing the problem for public sector organizations to keep up with, and it’s going to be a real challenge for them. So, I think the most important things that public sector organizations can do is to find and partner with technology firms that have their best interests at heart.