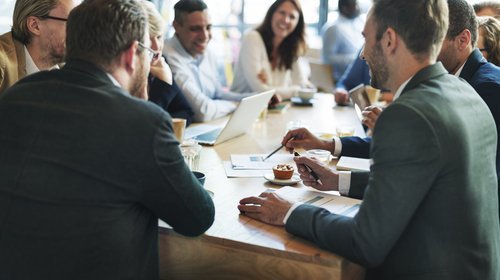 While supervision teams have become more common throughout the US, certain characteristics – such as effective communication and cohesive goals – are important to make these teams successful.

Join us for this recorded webinar as Paul Ventura and Tiffany Griffith share:

Paul Ventura: Utilization of teams in supervision has been around for as long as I have been in probation (12 years) and prior. It has mainly been used for higher risk offender supervision and with the supervision of Specialty Courts, such as Drug/DUI Court, Mental Health Court and Veterans’ Court. The philosophy behind it comes from adding partners or teams to assist in increasing the supervision of the offender. With Specialty Courts, there is a lot of contact with the Judge and attorneys. This adds to the workload of a supervising officer. Adding another officer who will assist with field contacts, allows the supervising officer to spend his/her time meeting with offenders in an office setting, as well as communicating with the Judge, attorneys and other stakeholders, such as treatment. In Arizona, this model is common and the use of teams in supervision varies greatly across the country. One of the first Drug Courts established in the nation used to utilize local law enforcement for the role of the field officer which also helped to improve the relationship and cooperation between probation, the Court, treatment and law enforcement when attempting to better assist our clientele.  I have been fortunate to speak at local and national Specialty Court (Drug Court) conferences and meet many people that have devoted their lives and careers to this aspect of probation. In my experience, it appears that the supervision model of these specialty areas is the way of the future of probation and supervision. There is a lot of funding and research being done on their effectiveness in order to implement their strategies throughout the country on the state and federal levels.

JCH:  How do most probation or parole agencies use teams in their services?

Paul:  In Arizona, we have used teams on the Intensive Probation Supervision level, as well as with the Specialty/Therapeutic Courts.  I have experienced teams of multiple probation officers and of probation and surveillance officers. With the latter, the surveillance officer is mainly performing the majority of the field contacts while also participating in the court activities and communicating with all active stakeholders, such as treatment and halfway/sober house owners and managers. In the multiple probation officer team, I have experience separating a caseload between the officers who will assist each other with all aspects of the supervision process, speaking with all the offenders so that they have rapport and comfort with each officer. They usually do their field work together and share each duty of supervising the caseload to relieve some of the stress of working with high-risk people. When utilizing multiple probation officers in a unit, communication is paramount because of the allocation of work and caseload size. If one officer feels they are doing more of the officer/paperwork and the other is doing more of the field work, they have to be able to communicate effectively to avoid any issues. In the probation officer and surveillance officer team, communication is also important, but in a different way. The probation officer has to communicate decisions he/she has made on specific offenders with the surveillance officer partner to make sure everyone is on the same page. This also helps the surveillance officer know about any possible issues prior to going into the field and making contact with the high-risk offender.

JCH:  What are the pros and cons to using a team-based approach in probation/parole work?

Paul:  Let me start with the pros because I believe they outweigh the cons. Pros of using a team-based approach in probation/parole supervision vary. If we are speaking about a Specialty Court, then there are many. Consistent communication with the Court, attorneys, treatment staff and probation/parole, keeps everyone unified in the supervision and rehabilitation plan for the offender and assists the probation/parole staff (who does the majority of the supervision work) in not always having to be the bearer of bad news. When a violation occurs in this type of situation, the offender is sanctioned in court by the Judge. This is after a staffing has been completed by all the previously listed people. This way, it is not probation/parole consistently being the “bad guy” in the sanction process. This allows the probation/parole officer to continue to have a positive rapport and does not allow the offender to single them out as the person who is “putting them in jail”. We all know that their actions have consequences, but sometimes it takes a while for the clients to realize that and this type of team allows for the probation/parole officer to continue to be a positive part of their recovery. In the case of a pro for the actual officers involved, it alleviates some of the workload so they can spend more time on each offender. For example, if the PO member of a team is dealing with someone who recently used drugs and they are attempting to get them treatment assistance, communicating with the treatment personnel and the Judge, they do not have to stress about the time being spent on this and not having enough time for field contacts. They know that their partner will be completing this aspect of the job for them so they can focus on the issue at hand. I can continue to provide more examples of the pros of team-based supervision and I will during the webinar.

Cons of team-based supervision can be watered down to the most often seen and experienced issue: ineffective communication and feeling like one team member is bearing the brunt of the workload. Communication is the key aspect in effective team-based supervision. If communication breaks down and/or one team member communicates better than others, there can be a feeling of inadequate work distribution and that someone is being left out of the loop on the supervision of an offender. Not communicating effectively can negatively affect the people we are supervising and cause issues with the caseload. For instance, if the high-risk offender picks up on the fact that their supervision team does not communicate, they can play each member against the other. They can say they already spoke with the other team member to receive permission for something. They can know that one team member is “easier” when it comes to certain things and only address it with them. If the team members are not also communicating, this can be missed and not realized until a violation is obvious or something more serious happens. Again, there are other cons that will be discussed in the webinar.

JCH: What are the biggest myths or misconceptions about using teams in a probation or parole setting?

Paul: In my experience and speaking with people that have been in teams, the one misconception they went into the team supervision with was that they were not going to have autonomy. Meaning, they would have to check with the Court, partners, treatment, etc, prior to making any decisions. I have not found this to be true. The probation/parole officer still has the majority of their discretion, within the framework of the Specialty Court, and can make decisions on most things. Another misconception that I have heard and/or experienced is that working with teams means that the probation/parole officer is doing “less work”. They feel that because there is some job sharing within teams that the officer has less to do. In reality, what happens is that the job sharing allows for officers to do more than some of their counterparts. They may have more time to focus on face to face meetings with offenders or to complete paperwork that may have been procrastinated due to other duties that were pressing.

JCH: If the audience could take away one key point from your presentation, what do you hope it would be?

Paul: I hope that the audience hears my and my co-presenter’s (Tiffany Griffith) experience working in a team-based supervision model and they can see how beneficial it can by to a department and to the people we supervise. We have both been the surveillance officer and probation officer in these teams. I have mainly worked in Intensive Probation Supervision, while Tiffany has a lot of experience in the Drug/DUI Court and Intensive Probation, so we have been able to see the pitfalls and how to address them. I hope they see that we are not saying it is without its issues, but that when applied effectively it can provide the best supervision for high-risk offenders and assist in keeping officers from burnout.

Click here to Watch “The Effective Use of Teams in Probation & Parole.”

After the Webinar: Effective Use of Teams in Probation and Parole. Q&A with the Speakers

Managing Your Probation Assets: An Interview with Tiffany Marsitto and Chris Greenway 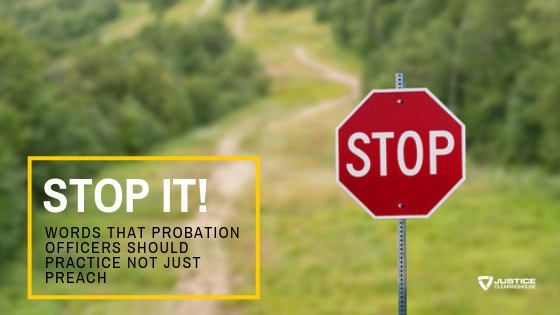 Stop It! Words that Probation Officers Should Practice Not Just Preach

Community supervision is an essential and critical component of probation.  It is more than just ha […]

The Importance of Connecting with Your Probation Clients: An Interview with Paul Ventura

Managing probation clients can be similar to managing employees: it's critical to make a connection […]