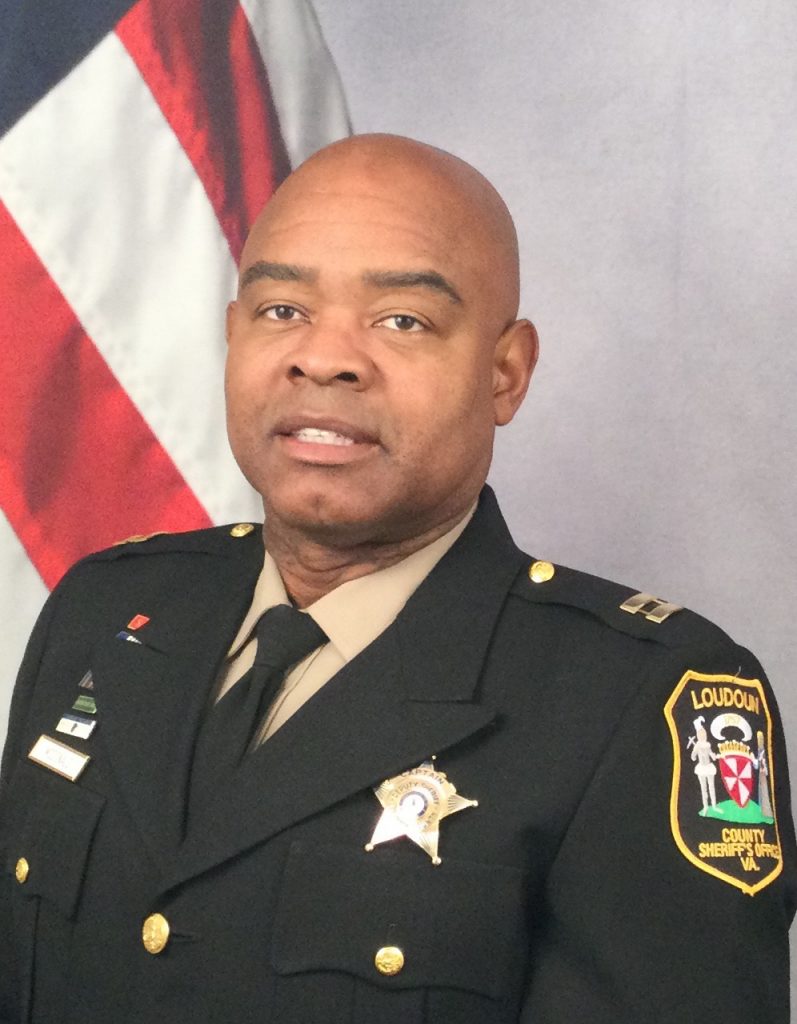 Major Easton McDonald is currently the Division Commander overseeing the Operational Support Division at the Loudoun County (VA) Sheriff’s Office. He began his career in Bergen County, NJ, in 1997 at the Juvenile Detention Center. In his 23 years in law enforcement, he has served as a corrections officer, on patrol, as a community policing officer, a school resource officer, an academy trainer, an emergency manager (OEM), and a supervisor.  Major McDonald has been a certified Law enforcement Instructor since 1998 and is an active member of the National Association of Black Law Enforcement Executives (NOBLE), where he is currently President of the Northern Virginia chapter. He is a member of Omega Psi Phi Fraternity Incorporated and is a graduate of the Southern Police Institute Administrative Officers Course #143.