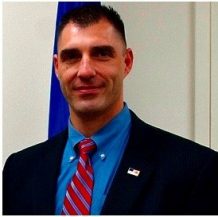 Donald J. Mihalek currently serves as the Executive Director of the Federal Law Enforcement Officers Association with over 29,000 members and Executive Vice President of the FLEOA Foundation. Don had been in federal law enforcement for over 25 years. Don had been a Special Agent since 1998 with the US Secret Service and was promoted to Senior Special Agent in 2015 and in 2017 appointed as the Regional Training Coordinator for the Northeast region, responsible for training all Secret Service personnel located there. Don had served in a variety of investigative and protective assignments including on the Presidential Protective Detail from 2007-2011 and on multiple Presidential Campaigns. Don had been awarded for investigating a variety of large-scale multiple-national financial crime investigations and had been the Consequence Management / Mass Relocation Coordinator for 8 National Special Security Events including the Republican National Convention in St Paul, multiple United Nations General Assemblies, the 2015 Papal Visit, and the 2016 DNC.