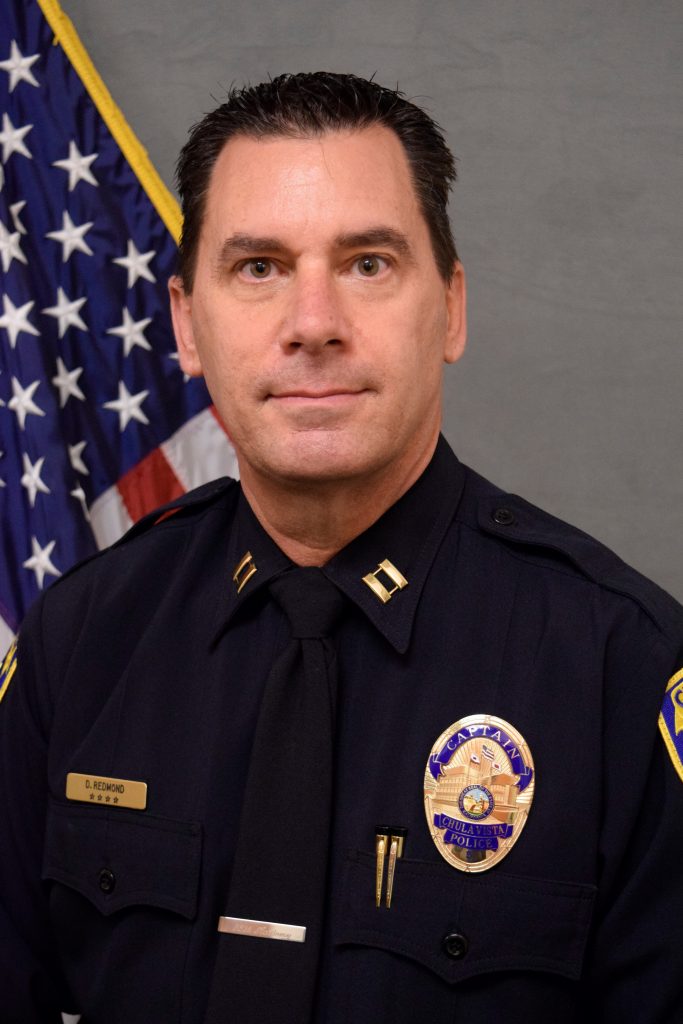 Captain Redmond holds a Master of Arts Degree in Administrative Leadership from the University of Oklahoma, a Master Certificate in Criminal Justice from the University of Virginia, and a Bachelor of Arts Degree in Education from San Diego State University. He is a graduate of California P.O.S.T. Command College (Class 64) and the prestigious FBI National Academy (Class 263). He is a published author in Police1 Magazine, FBINAA Magazine and was a contributing writer for the California P.O.S.T. De-Escalation Strategies and Techniques publication. He is a adjunct community college instructor and P.O.S.T. Master Instructor.