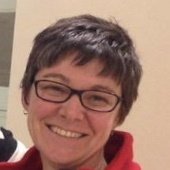 Diane Robinson is the Program Manager, Disaster Services for the Humane Society of the United States. Prior to her career in animal welfare, Diane worked for over ten years in public education and in 2001 completed a master’s degree in education. In 2007, she merged her formalized training in education with her passion for search and rescue and joined American Humane Association’s Red Star Animal Emergency Services Response program. During her tenure with AHA, she developed the Basic Animal Emergency Services student guide and wrote the curriculum for and taught “Disaster Sheltering for Companion Animals”, which quickly became a highly sought after course for animal welfare and emergency services managers. In 2014, Diane took over as Director at Jackson County Animal Shelter, an open admission facility serving the city and county animal control agencies housing domestic animals, equines and livestock, located on the Mississippi Gulf Coast. Most recently, Diane served as Director of Operations for a campus of the Atlanta Humane Society. Since her start in disaster rescue, Diane has been part of more than 30 operations, for both large and companion animals, working in the field, shelter and leadership roles in natural disaster and cruelty.