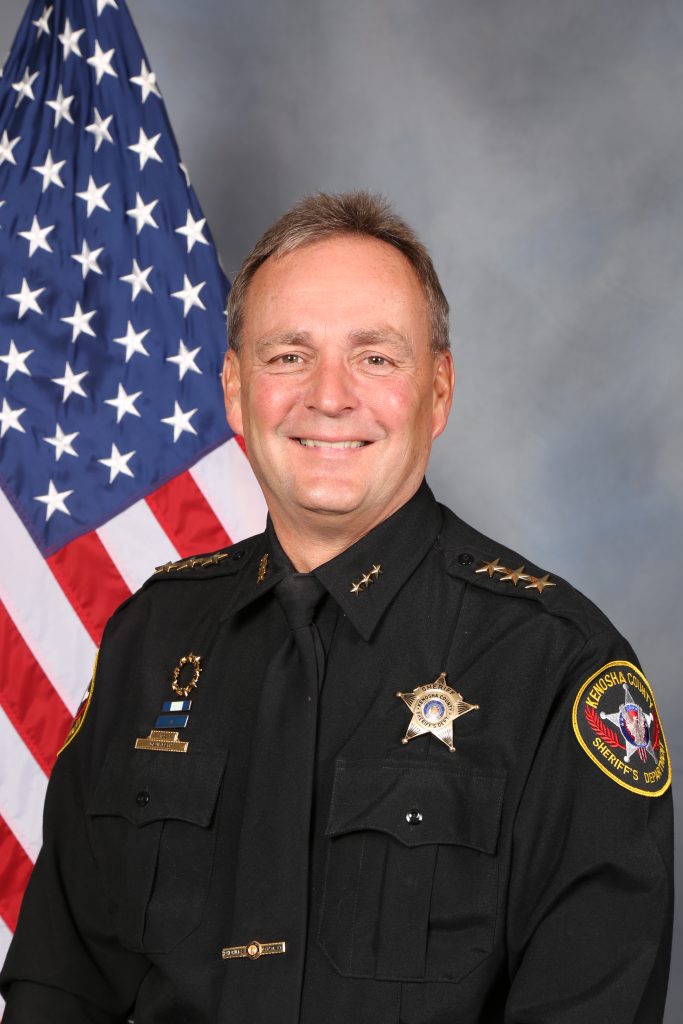 Sheriff David Beth became the youngest deputy ever hired by the Kenosha Sheriff’s Department in 1982 at the age of 21. David worked on all shifts while on patrol. He worked under cover with Naval Intelligence to fight drug use in Southeastern Wisconsin. In November 2002, David was elected by the citizens of Kenosha to be its 58th Sheriff. David became the longest serving Sheriff in Kenosha history and is currently serving his 18th year in office. As Sheriff, he is in command of over 380 employees. Sheriff Beth was instrumental in creating the K-9 Unit, Traffic Interdiction Unit, KDOG (Kenosha Drug Operations Group) along with Kenosha Police Department and the Twin Lakes Police Department, ATV Unit, Snowmobile Unit and Electronic Monitoring Program.