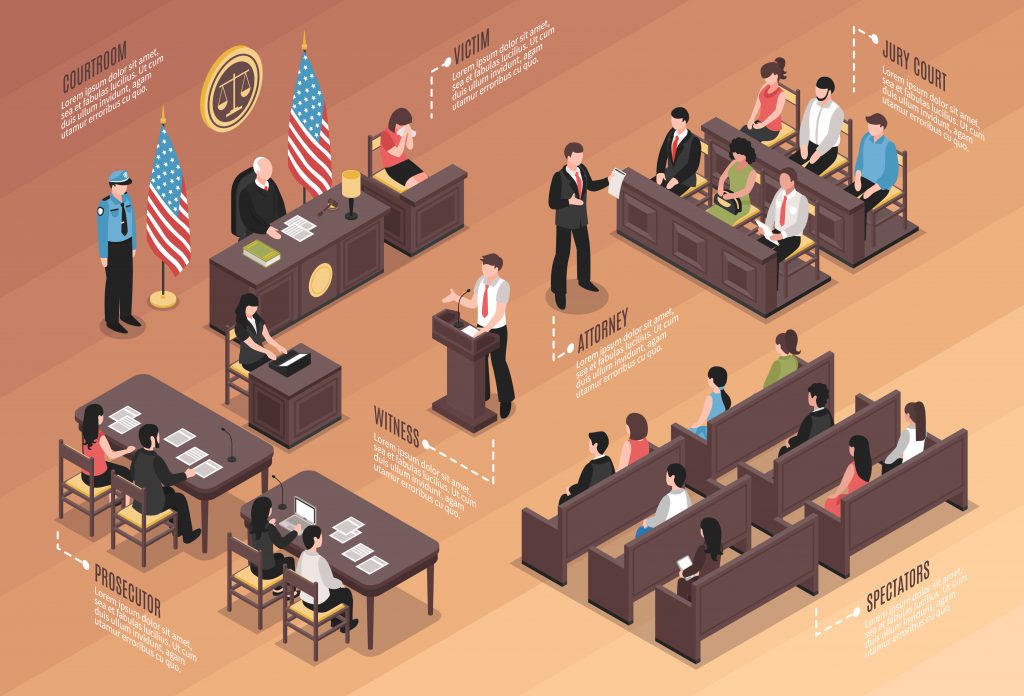 For some people, the idea of having to testify in a court case might be as appealing as getting a root canal. But for many justice professionals, the concept of appearing in court isn’t a case of “if” they’ll ever have to provide witness testimony, but rather, “when.”

Be sure to watch this recorded webinar when Jessica Rock is back to discuss:

Justice Clearinghouse Editors (JCH): Jessica, as a former prosecutor, you’ve dealt with hundreds of witnesses over the years. What are some of the misconceptions justice professionals, such as law enforcement officers, might have about being a courtroom witness?

Jessica Rock: One of the biggest misconceptions professional witnesses have about getting involved in a criminal case is the amount of time it will take away from their regular practice.  Law enforcement officers know that they are expected to testify in court as a part of their duties since they are often one of the main witnesses.  However, we see misconceptions about animal abuse cases more when it comes to veterinarians.  In non-mandatory states, they may have reservations about reporting suspected animal abuse for fear that they will lose time and money spending time in court, when in fact, less than 5% of cases actually go to trial.  Judges and prosecutors will also do their best to have witnesses moved through the process as quickly as possible.

It is important for prosecutors and potential witnesses

to discuss the trial process prior to court.

The more familiar a witness is with the process,

the better they will know what to expect.

JCH: How would you typically prepare professionals before taking the stand?

Jessica:  It is important for prosecutors and potential witnesses to discuss the trial process prior to court.  The more familiar a witness is with the process, the better they will know what to expect.  A prosecutor should go over the questions they expect to ask the witness and discuss with the witness what the potential defense(s) will be at trial.  It is also important to remind the witness to maintain the same demeanor with the defense attorney as they do with the prosecutor.

JCH: When you say justice professionals should “prepare,” what does that preparation typically include?

It is crucial to write good, detailed reports

that will allow the witness to refresh their recollection prior to testifying.

JCH: What are some of the biggest mistakes justice professionals make when they take the stand?

Jessica: The biggest mistake a witness can make is coming to court late or not being prepared.  Cases often times do not end up at hearings or trial until months or even years after the initial investigation.  That is why it is crucial to write good, detailed reports that will allow the witness to refresh their recollection prior to testifying.

Click Here to Watch “Case Preparation and Courtroom Presentation: Understanding the Basics to be an Effective Investigator and Courtroom Witness.”

How Confidential Informant Testimony Could Result in Reversal