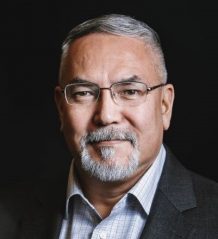 Bob Jensen is the senior managing director of Strat3. advises and consults with nations and corporations on crisis, emergency and disaster risk management. He brings nearly four decades of experience inside and outside of government and has clients in the U.S. and across the globe. Clients include the World Bank, the U.S. State Department, the U.S. Department of Defense, and energy companies in Australia. Bob led the U.S. Government’s on the ground crisis communications efforts after the massive earthquake in Haiti, for the Deepwater Horizon oil spill response and 30+ major U.S. disasters including Hurricane Sandy. He served as a spokesman for the White House’s National Security Council and the U.S. Embassy Baghdad and deployed on four combat zone tours to Saudi Arabia, Iraq and Afghanistan. He is a member of the International Advisory Committee for the University of Melbourne’s Centre for Disaster Management and Public Safety.  A Fulbright alumni and non-resident scholar with the Elliott School of International Affairs’ Institute of Korean Studies at George Washington University, Bob speaks at conferences and universities globally.