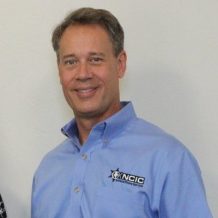 Bill Pope is the President and co-owner of NCIC Inmate Communications based in Longview, Texas. The largest employee-owned inmate telephone provider in the United States, NCIC operates in 9 countries and is celebrating 25 years in business, this year. A pioneer of the inmate telephone industry, Bill has not only remained at the forefront of technical innovation for secure inmate communications, but has also been heavily involved in regulatory efforts stretching back to 2013 when he contributed to the formulation of fair ICS regulations with the FCC and the Alabama Public Service Commission. Bill has advocated heavily not only for capping calling rates (and fees) at fair and reasonable rates, but also for protecting the rights of correctional agencies to receive a return (commissions) from their Inmate Communications Agreements.