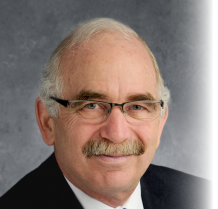 Dr. Alexander Weiss (Ph.D., Northwestern University) has over forty years’ experience as a public safety practitioner, researcher, trainer, and consultant. For nine years he was the director of the Northwestern University Center for Public Safety and Professor of Management and Strategy at the J.L. Kellogg Graduate School of Management at Northwestern. He currently is an adjunct professor of criminal justice at Michigan State University and president of Alexander Weiss Consulting.

Prior to his appointment at Northwestern, Alex was a member of the faculty of the department of criminal justice at Indiana University, Bloomington. During that time, he also served as a senior advisor to the Indianapolis Police Department. Dr. Weiss has twelve years of experience with law enforcement agencies in Colorado. During his tenure with the Colorado Springs Police Department, he served as a field supervisor and directed the then newly created operations analysis unit.

Dr. Weiss is the co-author (with Dr. Jeremy Wilson) of A Performance-Based Approach to Police Staffing and Allocation, published by the COPS Office, US Department of Justice. This methodology has been cited in a number of studies of police staffing in large, medium and small law enforcement agencies including New Orleans, Albuquerque, Louisville, Denver, San Diego, and San Francisco.

Dr. Weiss has conducted staffing analyses for a number of small, medium and large communities including: