Webinar presenter Carrie Hill from the National Sheriffs’ Association answered a number of your questions after her presentation,  Understanding and Implementing Inmate Discipline. Here are just a few of her responses.

Audience Question: What do you recommend as a standard as far as issuing discipline after a hearing? For example, 7 days for everyone for their first fight etc.

Carrie Hill: Answer I don’t know. That is a really hard one. There are some agencies that just have a blanket like you said 7 days for absolutely everybody for all of the same offenses. In other words, it was the same amount of time in disciplinary segregation no matter what it was. In that situation, I think it’s going to be a challenge on it right? Every offense is a little bit different. Now, you can be more consistent as far as there might be a range even with these major violations, right? If an inmate is throwing fecal material on an officer or a deputy then that very different to me than or maybe not. Maybe I think I should be careful how I do this one.  It might be very different than if I had two inmates that are assaulting one another, right? The discipline might be completely different. What I don’t like is the same amount of time for every offense no matter what it is across the board. I do think you really have to look at what the offense is and then make sure that the discipline that we talked about is commensurate, that is balanced. I’m not sure if I answered your question. As far as what are some good model policies on that, if you email me, I would be happy to send you several jails throughout the United States who I think are doing a really good job with policies.

Audience Question: What is the minor offense sanction involved segregation? The courts have held that as little as five days can be a “grievous loss.” What’s your take on that?

Carrie Hill: I’m going to argue that if it’s minor, I’m not so sure that that’s a minor offense but with the court that said if it’s a minor arguably it’s something that can be done more informally, right? It doesn’t require that full type of scrutiny, right? Five days to me is feeling like a major type of event. My question to you is are you moving them because they are being disciplined or are you moving them because you need to get them out of the housing unit? My question to you is I think if it’s five days for a minor, I’m thinking it’s no longer minor. I can handle something informally but I may not move you out of the housing unit. It’s not because I’m disciplining you. I’m moving you out because I think you might be able to function better in a different housing unit. I think sometimes we use the word minor but it might be more major. I also think sometimes we’re confused why we’re doing the movement. It is arguably not punitive in nature. I don’t know you. It’s going to have to get more specific. I would argue that it is probably not punitive in nature. Think about how many times you discipline somebody, right? Here’s what I’m hoping is that you close the loop of classification. So, I’m going to discipline you, fine. But now, I want to make sure what classification it might be based on this discipline that I’m going to change the classification. As a result of that change in classification which is non-punitive in nature, I’m moving you to a different housing unit. In that case, it would be considered non-punitive. If it’s minor and it’s five days, one might argue that it is punitive and potentially is not an atypical condition but I don’t know in your facility but it might.

Audience Question: You previously mentioned that a person should not use isolation because it’s a medical term. What is the difference between solitary confinement and isolation?

Carrie Hill: Glad you said that, and don’t use that word either. Here’s the deal. In the minds of many lobbyists, in the eyes of when we have seen some pretty horrific cases the word used in the prison system was solitary confinement. The words used were isolation. People who were deprived, isolated, solitary confined, not having access to programs, not having access to any type of treatment. Those were the extreme cases. To get away from that, we are not that. We do not do that. We don’t isolate people and we don’t keep them in solitary confinement for years and years and years. We might put them in a more restrictive type of housing unit but it falls under administrative segregation. How best to manage them in a non-punitive environment. The way you can get around them, don’t use those words, please. If I can highly encourage you from a risk management point of view, get rid of them. Use the term administrative segregation. I can help you work with that if you need help on that. Make sure that all inmates have access to programming and services. That’s really the key. Inmates may have access to more programming than others based on privileges because they obviously want to encourage inmates to change behavior so they can move to a different classification. Programming and services are the key. That really what’s going to keep you out of litigation kind of mode. I’ve already said several times, the terms isolation, solitary confinement absolutely, stay away from those words now. Really go with the words admin seg, an administrative tool, nonpunitive in nature that we use as a management tool to move inmates in and out of based on the duty to protect issues.

Audience Question: Would locking an inmate down in their cell for the remainder of their shift due to their behavior or a minor rule violation require a due process in a hearing?

Carrie Hill: I would argue no. That’s not atypical. That’s not an atypical deprivation. No. Again, I say that very quickly. You guys know best how to run your facility. For me, that’s a minor way of dealing with it. If the inmate continues to act out or if the inmate refuses to cell up in a continuous, in that sense, then maybe I’m going to take it to the next level, right? For an inmate to be locked down, that could be an informal way of dealing with it. If you have given an inmate a direct order, again it just keeps happening. Obviously, you’re going to be in your cell for the day. I’m going to argue that it’s not atypical. Some of you may disagree with me. That’s okay because you know best. I’m really going to kind of put that on you to articulate the rationale. For me, I don’t think that’s atypical but the rationale for why you’re doing it. It’s really what’s going to come under any type of scrutiny if any. Guys, I really just want to say thank you so much because although this was very basic, I definitely know, there definitely been more some, we’re getting more challenged on this more and more. How do we define minor? How do we define major? We will do another seminar on this and we’ll get into that. We’ll look at some model programs throughout the United States understanding that there isn’t just one that works, use Wolff v. McDonnell as your framework. To get into some more of those more challenging types of question. I thank you for taking your time today. I thank you for what you guys do each and every day and just be well, be safe. Just know that you are truly appreciated by me.

Click Here to Watch a Recording of  Understanding and Implementing Inmate Discipline. 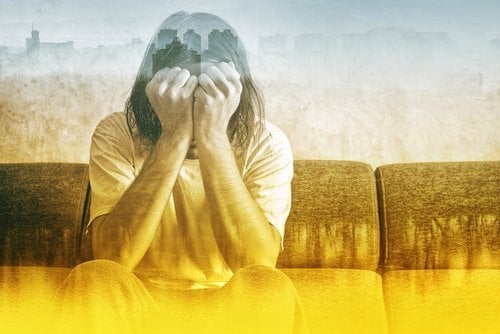 Blueprints for High-Performing, Trauma-Resilient Jails: An Interview with the Presenters

From child abuse and emotional abuse, to witnessing the horrors of what adults can do to each other, […]