Webinar presenter Dr. Robin Timme answered a number of your questions after his presentation, Trauma-Informed Jails: Incorporating Wellness for Correctional Officers.  Here are just a few of his responses.

Audience Question: To what extent is Martin Seligman’s “Learned Helplessness Model” applicable to correctional professionals? Probably for those of us who didn’t major in psychology, if you wouldn’t mind talking a little bit about that model he’s referencing, that would be awesome.

Dr. Robin Timme: I would talk about it in kind of in layman’s terms to get it across. The idea is basically that when we are pushing and pushing and pushing for systemic change, and you’re feeling sort of impotent in those efforts, people have a natural tendency to give up, to feel helpless, to internalize that sense of impotence and you see it everywhere and I see it pervasively in the system and this could be a whole training obviously on the idea of learned helplessness in any really large system that has inertia like this one does.  But I think most germane to our talk today is this idea of content versus process and I would say this; so, while we do these trainings that we have to do, we have an opportunity to ignite a fire within people again that may sort of have gone out or stomped out by the idea of learned helplessness. That by no matter what we do, it’s impossible to make a difference. And so, I always ask people who are doing training to focus on that opportunity to inspire and to help people be the difference that they want to see. Maybe even to remind people of those differences that they believe can be made.

Audience Question: In regard to the resilience survey, the 14 questions you went through, she’s heard from a lot of officers, the question 4 seems negative and they immediately think about sexual abuse. Is there a different form or version of this question and have you seen this come up before?

Dr. Robin Timme: “I’ve heard that when I was an infant someone in my family enjoyed playing with me and I enjoyed it too.” The best way to answer that question is that the language in this is standardized, right? I am not aware of a level of research that exists on this resilience questionnaire as there is that exists on the ACES questionnaire. The ACES language is really important to standardize if you are going to apply it to the normative sample, but in the resilience research, I believe it’s a little bit less standardized. I have not heard that, but, and now that I read it, I can see that. But what I always tell people to do is to interpret these kinds of questions on self-report measures literally. And sometimes that can help people not to think too hard about them, but think of them as simplistically as possible.

Audience Question: Do you find more staff are becoming more open in discussing wellness and mindfulness and mental health both for themselves as well as for the inmates?

Dr. Robin Timme: That is a complicated question. I would say that on the whole, the answer is yes and I’m really happy with that. But I’ve noticed in some jurisdictions where I’ve worked that people are being told to do that. A lot of times under settlement decrees, so there’s sort of an outside court or agency telling them to do things like that and that type of intervention can breed some resentment and digging the heels in. And so we have to be mindful of how we talk about it. But I think on the whole the answer is yes, this is absolutely becoming something that people are, at least people are open to talking about and I’m hearing more opinions. I really believe when I do trainings, I want officers to give me a dissenting view. I invite people to tell me why these hug-a-thug theories aren’t going to work. Because if we can’t have that conversation then we can’t get to a place where we move beyond it either. So yeah, I think we are talking about this more.

Audience Question: What are some of the signs or elements of toxic stress and toxic stressful environments that are out there. Especially the ones that we might be missing, we might be walking by every day or we might be experiencing every day we not even realize because we have been living in that toxic environment for so long, we don’t recognize are toxic.

I think a lot of times what we’re talking about is desensitization. When we are in this toxic environments for long, it becomes normal in these settings and we don’t realize that it’s having an impact on us until we get out of that setting where it’s no longer normal. So today we’re fighting wars that are fought very differently than they have been before, right? The experience of my friends who are coming back from Afghanistan and Iraq and other places is very different from my father or grandfather who might have been in Vietnam. The difference is that a lot of times what they’re doing is they’re driving around in vehicles and they are on high alert for implemented explosive devices. IEDs. The enemy is not necessarily wearing a different colored uniform. So they’re on guard all the time for months and months, sometimes even more than a year. And what that does is actually – literally changes our physiological system. Our nervous system changes. Being in that environment it’s actually adaptive. It helps us, it keeps us alive, it keeps us on our toes, but when we come back into our home life back in the states, it’s no longer adaptive and now it’s a problem. It is almost as if we don’t realize it until you get back and you recognize that it no longer works, these ways of interacting with the world. So the places that have comparable levels of stress to correctional settings are few and far between to be perfectly honest, the military is one, emergency rooms are another. I have a very good friend who’s an emergency room physician who has a very similar experience. Law enforcement in general, veterans as I’ve said before.  So they’re really the most intense settings and a lot of times we don’t even know that we’re being traumatized or exposed to the toxic stress until we get out of that. I think corrections is somewhat unique because it’s not necessarily sanctioned. When you go to fight in a war you know that you’re going to be going into battles where these are the expectations and it’s sort of sanctioned by society. Whereas corrections for so long has been out of sight and out of mind, it’s secretive that people don’t really know and they haven’t known for a long time what really goes on in jails and prison. So it is an important point too.

Audience Question: I’m not really a touchy-feely kind of person, but if I’m the manager of officers and I’m starting to become worried about a couple of them, what are some of the immediate simple things I can do to help them.

Dr. Robin Timme: A lot depends on the culture that you’ve created within your facility or within your organization, I think. Some places are very clear that you have an employee assistance program and there’s Step 1, 2, 3, there’s a policy you have to follow and you do them. And that’s fine, and that’s what you’re going to do in your organization. But what we know is this idea of connectedness is so important. This idea that there’s someone else who will understand what I’m going through or maybe recognizes that I’m going through something and reaches out and establishes a relationship that connects one another, well that’s a really strong protective factor. So if your policy says thou shalt refer to EAP in situations like that, we come back to the how you do that. If you can do that in a way that creates that universality that helps people understand: “I know and I’m here for you.”, that can get back and be really powerful. The pendulum can shift all the way in the other direction. I’ll give you an example. One of the jails that I work in incredibly was incredibly rural. It was in the landlocked county, very far out into the middle of nowhere, out on the east coast and the reason I say it is landlocked is that nobody goes there. People drive through there. In this county, I’m the only licensed psychologist in the entire county. So when something happens in the life of an officer, and I’m there every single week, let’s say there’s somebody is involved in a fatal car accident, let’s say that happened, where another driver died. Let’s say that somebody has a horrible tragedy in their personal life, they often will come to me and I will tell them up front that my ethics code allows me in certain circumstances to have this conversation but at some point, I will need to refer you to somebody else. But I’m able as the mental health provider in that jail to at least help people find the resources that they need. I don’t think it’s unfair to think that you should be able to call on your contracted providers as well to at least educate you on services like that if you have contracted providers in the facility. Because these are also our colleagues. There’s a lot of different ways that you can help but I would say more than anything else, help people feel like they’re connected to something larger and that they feel like they have a relationship and that they’re supported.

Audience Question: A number of folks like the ball exercise. Do you have any other really super simple mindfulness exercises that could be quick and easy to implement like that?

Dr. Robin Timme: You know what is so great about this presentation except for everything is Google it. This isn’t about the content, right? If you understand that mindfulness is about being present, one way or another, whether that’s through deep breathing exercises or whether that’s through the ball toss exercise, look around out there. There are a lot of ideas on the internet that are free and on a public domain, that you can take and that if you understand why you’re using it and what the purpose of it is, we can go to town and can find lots of different things. So that one I actually learned at a training I have been at years ago and I asked where the trainer had gotten it from, and he said he had found it on a website just by googling ‘mindfulness activities’. Then you can even google something like mindfulness activities that don’t require my eyes closed or something like that. 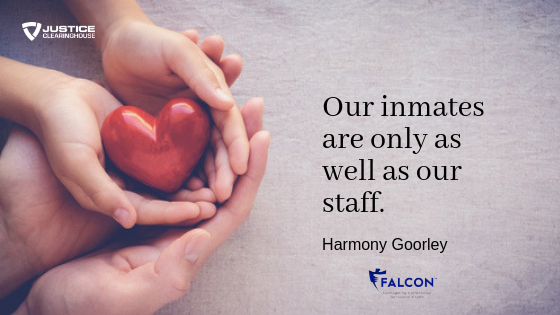