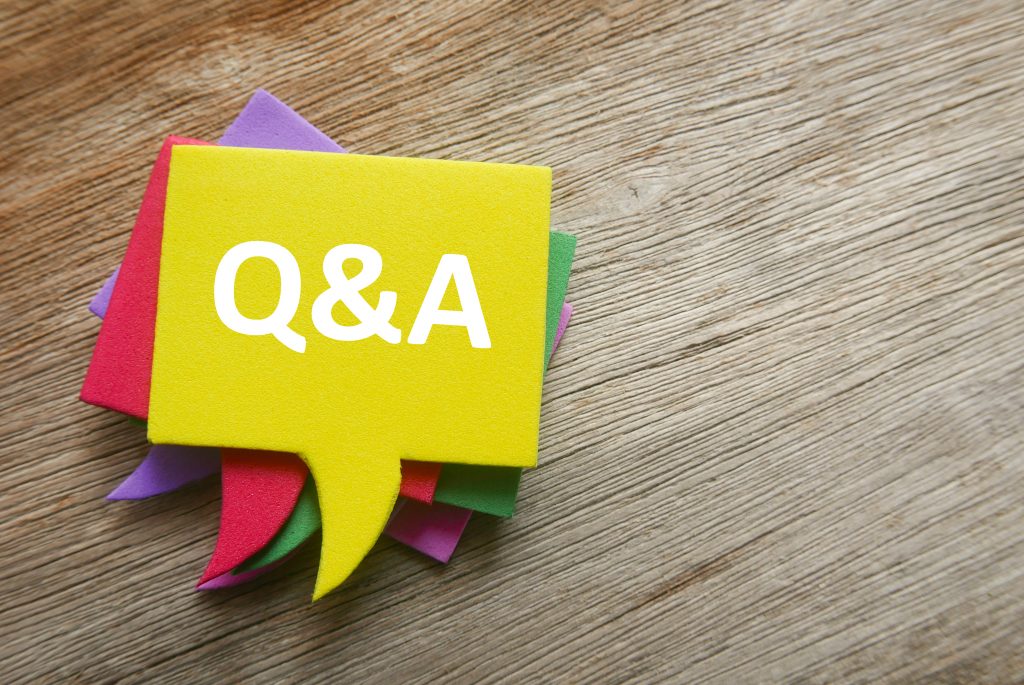 Webinar presenter Jake Kamins answered a number of your questions after his presentation, Top 10 Ways to Screw Up Your Case. Here are just a few of his responses.

Audience Question: Given all of the cases you’ve handled; have you’ve really seen most of the things that you described today done by other attorneys?

Jake Kamins: Sure. I’ve seen attorneys have difficulty getting their witnesses ready for trial. I’ve seen investigators certainly who have mishandled evidence. Honestly speaking, I’ve had multiple cases, probably at least a case a year, if not more, where a dead animal body where the question was, what happened to this animal just disposed of, rather than subjected to any kind of forensic testing and  I’m sympathetic. I understand, we don’t have a Coroner for animals. We don’t have a state police crime lab for animal remains or animal forensic testing. But that honestly, doesn’t matter when you’re at trial and the defense is arguing that you haven’t met your burden of proof. Because those resources are available, they might be more expensive, and they might be harder to obtain. But they are available, and that the court, and the jury, are going to hold you to that burden and require you to prove that and put that evidence on to prove your case.

Audience Question: Many states differ when it comes to resources in regard to the seizure of animals. Do you have any advice for those who haven’t taken the time to build up those relationships to look for some well-known agencies for help?

Jake Kamins: Sure. That’s a great question. And I know that there is a bit of a gap between states in that regard. What I would say is start making calls, start branching out, and networking in that regard. If you’re on LinkedIn, check people who are involved in animal rescues. Make those connections. Local humane societies might also be able to help. Animal control, oftentimes, even in a state as well prepared as Oregon uses local humane societies when they have overflow at the local animal shelter. We have this come up, even in Oregon, regarding animals that are more exotic and difficult to provide for one example that I can think of, is, I had a case in a relatively rural county, involving over 100 heads of alpacas. And, needless to say, there was no animal shelter available to house those animals. And what we ended up doing in that case, and might be something worth looking into depending on the facts of your particular case, was we got an order from the judge to seize the animals in place, which meant the defendant could no longer have access to them, even though they were on the defendant’s property. And that the Sheriff’s office had permission to come and go on and off the property in order to provide care for the animals. The other interesting lesson that I got from that case was that there was, in fact, an alpaca rescue, it was a little bit further away. But when that case happened, we all sort of kicked into gear to find resources for the case, which, of course, is my advice is you figure that out beforehand, but you can’t necessarily know that you’re going to be investigating a large-scale alpaca case before you actually get there. So, the resources should be out there. I think that there it would be hard to find a state where animal rescues are not a thing. You do have to be careful and do your work in advance to make sure that you’re not putting animals from one bad situation into another bad situation, but that’s definitely something that you can negotiate and navigate with these agencies.

Audience Question: What’s the effect of discussing cases or details on social media prior to the case being heard by a judge?

Jake Kamins: Ah, yeah, that’s an excellent way to screw up a case that I didn’t mention in my presentation. So, thank you for calling in from South Africa, that’s amazing. Here, in America, if a person involved in a case were to mouth off, in a sense, on social media, they would definitely be putting themselves in a position to have to answer for those comments when they were testifying in the case. So, because we carry the burden of proof here because prejudice and bias is something that juries consider, if you are on social media and talking bad about a defendant or just talking about a defendant before a case has had an opportunity to be heard, you can definitely expect that a competent defense attorney will bring that information up in order to undermine your testimony. This can even extend a little bit to animals that are being housed or fostered while the case is pending. And so, what I tend to recommend, to agencies that hold animals or foster them out while a case is pending, is that they have a strict no social media policy for posting pictures of the animals. When people get a new dog or a cat, they really want to run to Instagram or Facebook and update all their family and friends. But the possibility that that information gets back to the defendant, and now you’re fighting a fight of this agency is just prosecuting this case because they want this foster family to have this new dog or cat. They are not really in it for the right reasons. So, I tend to tell witnesses, obviously, I have no power to enforce this on civilian witnesses, but I tend to tell them that any kind of social media interaction that they have can only hurt our cause. It can never really help because it’s not like we get anything extra out of them posting on social media, but it can hurt depending on what they say. So, I tend to advise people to stay away from it entirely.

Audience Question: What if someone in your upper management is commenting on social media regarding a pending investigation and possible criminal filing?

Jake Kamins: Yeah, so, you don’t have control over your upper management. But I would definitely raise that issue with whoever is prosecuting the case because the statements of management can oftentimes be imputed to the entire agency. And certainly, your upper management staff would not be thrilled to all of a sudden get a subpoena from a defense attorney saying that they have to come into court to testify about whether this is a selective prosecution or a misappropriation of the agency. The other thing is that it just doesn’t look great when folks in an agency are posting about a case before it has concluded. Prosecutors, we have a pretty bright-line rule about making statements, about anything that’s not already in the public domain. So, we tend to stay away from talking about cases whatsoever. And I think that that’s a good practice for everybody involved in these cases. There’s plenty of closed cases that you can talk about. There’s plenty of opportunities to discuss cases. Once the legal system has had its way, you just really don’t want to put yourself in a position to mess up a prosecution just because you wanted to show off on social media.

Audience Question: I don’t know if it’s specific to jurisdiction, but I’m sure you can help clarify that. If it is here is asking, can you talk about freezing a scene? What are ways to incorrectly freeze a scene?

Jake Kamins: Sure, yeah. Well, it’s everything that I talk about, it is going to be jurisdiction-specific. One of the things that makes that really difficult in animal cruelty cases, is obviously you have a lot of evidence sort of moving around. And as you’re there, you’re going to even get more evidence in terms of animal byproducts and animal biological evidence, so I think one of the things that’s important here is that we understand that you’re going to do the best that you can in terms of making sure that everything is captured as it was when you got there and it’s not going to be a perfect process, but you’re going to do the best that you can. I think ways to screw it up, obviously, don’t have your equipment ready. Don’t have your cameras calibrated to record the date and time of when things are happening. Move things around before you take pictures before you take video. Definitely don’t diagram things out. So, if you have a room where there are certain things set up in a certain way, don’t take the time to just sketch that out in your notebook before you start moving things around. Allow defendants and other witnesses to take things and move them from place to place. Make sure that any forensic examiners are not wearing gloves, get your fingerprints everywhere, really as you’re going through. And make sure that you’re treading on things with your dirty boots and getting it real messy and just awful looking. What you’re striving for in trying to screw up the case is, you’re really trying to muddy the waters as much as possible. So, in an animal case, you can very literally muddy waters because a lot of times, you’ll be talking about water, bowls, and water sources and if you can get in there and mess it up before you actually capture what it looks like, then you can definitely be sure that you’ve screwed up that case.

Audience Question: Can you speak on the relationship between state prosecution and federal prosecutors such as with felony cases such as dogfighting.

Jake Kamins: Yeah. So, state law typically covers a lot more in regard to animal abuse and neglect than federal law will. There are some federal statutes that have to do with animal cruelty, particularly dogfighting and cockfighting. There is a more catch-all animal cruelty charge in federal law as of, I believe, 2020. However, the thing that a federal prosecutor has to deal with that a state prosecutor doesn’t have to deal with is that in order to be a federal crime, the criminal activity has to have some kind of effect or impact or crossover with federal law or federal jurisdiction. So inter-state commerce or wire transfers, or electronic communications over state line, something like that. State law is going to be where the vast, vast majority of animal crimes are prosecuted. That’s not to say that all of them will be, but most of them will be. There’s a lot of distinctions and differences between the ways that state prosecutors and US attorneys do their work. You know, I could talk about that for a while, but I know I don’t want anybody to be upset with my take on that. You know, it’s pretty rare that a case of animal cruelty is going to crossover such, that it is prosecuted by the federal agencies. I’ll just say that, so, it can happen, but it’s pretty rare.

Click Here to Watch a Recording of Top 10 Ways to Screw Up Your Case. 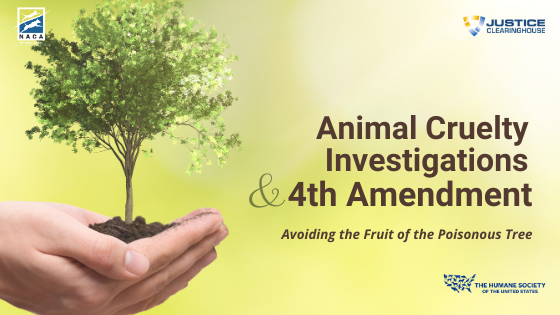 People love animals. Sometimes the role of animals for their humans are so valuable that humans depe […]