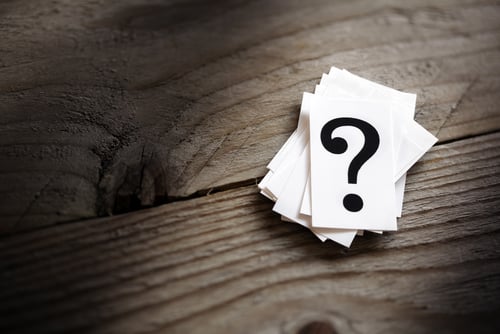 Webinar presenter Katharine Manning answered a number of your questions after her presentation, The Empathetic Workplace: Five Steps to Compassionate, Calm and Confident Response to Trauma on the Job. Here are just a few of her responses.

Audience Question: A person who indicated that acknowledge is their most difficult step. And they say it’s difficult because we hear many false reports, and sometimes we question the reporter. I would love to hear your thoughts on that if you would.

Katharine Manning: Yeah, absolutely. Great question. Because, you know, somebody comes forward and tells you a story. You have no idea if that is true or not, right. What they are telling you is all that you’ve heard, and you haven’t done an investigation yet, and you have to do the investigation before you have any idea whether this is a true report or not. So, a couple of things on that. One is, in general, sort of best, in terms of investigative techniques, it tends to be better to let the person spend their story out and trust that if what they’re saying is false that will become clear through subsequent investigation. So, you don’t want to necessarily start cross-examining them right at that moment. Just let them get their story out in the way that they want to tell it. But then when we talk about acknowledge, acknowledge does not have to be, “I’m just so angry about the way David treated you,” or “We’re going to make him pay,” or something like that. Right? You don’t know what happened and so you don’t want your acknowledgment to be something that you will later have to walk back to if it becomes clear that you don’t have the evidence to support whatever this claim was. So that’s why the acknowledgment is a much broader, higher-level statement. So, an acknowledgment is like, “Gosh, I’m so sorry, it sounds like you’ve been going through a lot. That sounds really hard. That sounds really scary. You know, thanks so much for sharing that with me.” None of those are saying, I wholeheartedly subscribe to what you have told me. What I’m doing is just acknowledging that you have shared something with me and thanking you for that gift for coming to me with that information. And then obviously if you are somebody who is going to be conducting an investigation, make sure that they understand that. “Thank you so much for sharing that with me. Understand that I will need to do some interviews, I’m going to have to talk to the people involved, to gather some documents,” or whatever it is. “Understand that there will be an investigation,” and that’s when you start to talk about sharing, you know, the process information. Then seeing if there are any resources or support that they need as you’re conducting that investigation.

Audience Question: When you started off the webinar, you provided a definition of trauma, Debra was asking if you could repeat that definition again.

Katharine Manning: Yeah, and again, I’m not a psychologist, I’m a lawyer, and my definition of trauma is a very practical one. I think of trauma as a psychological injury that affects your performance. So, I’m not able to fully function in the way that I want to, because of what I’ve experienced, and that’s what we’re aimed at supporting people through.

Audience Question: Regarding making a person feel better about telling their story, would that dynamic still be in play in a peer support role within law enforcement? We are usually peers, but sometimes that actually does include an official peer support officer.

Katharine Manning: Yeah, Absolutely. So, some of those same active listening skills can be very, very useful in that role. The book goes a lot deeper on some of those topics that might be worthwhile taking a look at. You have it in the handout. You have the first chapter of it, right there. So, you can take a look and see if that seems like something that might be interesting to you. Absolutely. I think, you know, I’ve talked about it, mostly, in this webinar, in terms of supporting victims and witnesses in a criminal justice system. But the book is really aimed more at a workplace and supporting your co-workers through traumatic experiences. So absolutely, I think it would apply in that context.

Audience Question: When supporting youth that are in trauma, is there any limitation on what you’re able to provide and share with them if they are going through familial or personal crises or trauma?

Katharine Manning: I think that would probably be dictated by the rules around whatever system you’re in. So, if you are within a criminal justice system, there, obviously rules around what can be shared. If you’re in a Department of Family Services situation, where somebody is possibly being removed. Probably, there are also rules there around how and what information can be shared. And what I would advise in that situation is obviously be very familiar with what are the parameters of what you’re allowed to share. And then, just be very upfront with the child in an age-appropriate way, so that they understand what the limitations are around, what you can share and why. That it’s really important that we have a fair process for everybody. And we want to make sure that one person saying something doesn’t influence somebody else saying something. So we have to make sure that everybody is just giving their own recollection to the best of their memory, and just being very upfront in an age-appropriate way in compliance with the rules of the setting that you’re in, probably the best way to handle that.

Audience Question: Particularly in domestic violence cases, many victims reconcile and return to their abuser. Are there any useful strategies you can share, understanding that we must empower and allow for the individual to form their own path?

Katharine Manning: Yeah, it’s so hard, right? You know, my own background, I started off doing DV work, and it’s still an issue very near and dear to my heart, and that’s one of the most challenging issues. What I try to remind myself is that the person in the abusive relationship is the expert on their own safety. And so, if they are making the decision then what they need to do is not leave at this moment, I have to respect that, they are the experts on that, and they will know what is appropriate for them. Also, doing whatever I can not to burn any bridges. And a lot of that comes back to that issue of boundary setting. So, if I push too hard on somebody in an abusive relationship and I say, “You have got to get out of there tonight. I am going to pick you up. I’ve already found a place for you in the shelter. I’ve got clothing for you. I’m going to get you checked in, and I’ve already set up some appointments with therapists for you. I’ve found childcare for you and you’re all set up for the next three weeks, we’re going to make sure that we keep you safe.” And then she leaves that night, and then she goes back, which is so common. Right? What has now happened, Right? Because I have pushed so hard to try to get her, to do what I think is appropriate in that situation. She probably now feels a little embarrassed and uncomfortable around me. And now, this person who likely has been isolated already by her abuser has one fewer resource to call on, because she feels like I’m going to be judging her, or something like that. She will be less likely to call me next time. And so that’s why it’s so important that what we’re doing is in response to what the victim is asking for, we are providing the support that they have requested. And doing so in a completely non-judgmental way and knowing that their path is their own to walk and being really at peace with that ourselves. We have a lot of power to help them, but it’s pretty limited. Right? We can’t change the outcome. We can’t change their lives, but we have to remember, is power in our listening and providing support to them on the path that they are walking.

Katharine Manning: That’s a great question. It’s something I’ve puzzled over as myself. What I’ve seen in studies is people either didn’t know about it or thought it was sort of not needed for them. You know, so it could be somebody who feels like, “Oh, this compensation should be there for people who are more economically distressed than I am. I just lost a wallet with 50 bucks in it, but there’s somebody else who that money is more important, too. And so, I’m going to kind of leave it to them, instead.” And obviously, crime victims’ compensation doesn’t work that way. It’s not a finite thing, where only some people are able to access it, and if you took it, you took the $50 that you lost. Somebody else wouldn’t get $50. So, I think it’s those two things, either not, knowing about it at all, or not fully understanding how it works, and what its purpose is.

Audience Question: What are your thoughts on letting the other person know that their story is making you react emotionally in line with their feelings? Is that appropriate?

Katharine Manning: Yeah, I think it can be. I think acknowledging it for yourself is really important, but then if you’re getting to the point where you think, “I’m having trouble managing this.” I think it’s totally appropriate if you feel comfortable doing so, to say to the person, “You know, David, this is really hitting me hard, I’m getting, really upset about what you’re sharing with me. This is a really, really difficult story, and I want to continue to be present for you. But I just needed to acknowledge that, and I might need just a minute.” And, again, just take a quick break, and come back. I think it’s perfectly fine to just be upfront with people. I mean, David knows it’s a hard story already, and if we just treat them with respect. Better to do that than to sort of push yourself forward when you’re having a hard time. So, great question. I’m glad you asked that.

Click Here to Watch a Recording of The Empathetic Workplace: Five Steps to Compassionate, Calm and Confident Response to Trauma on the Job. 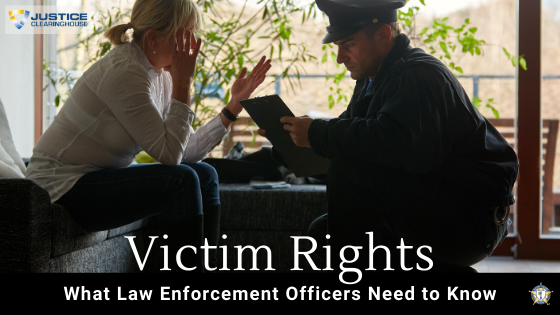 Victims often feel violated or scared after an incident, so ensuring that there are rights that prot […] 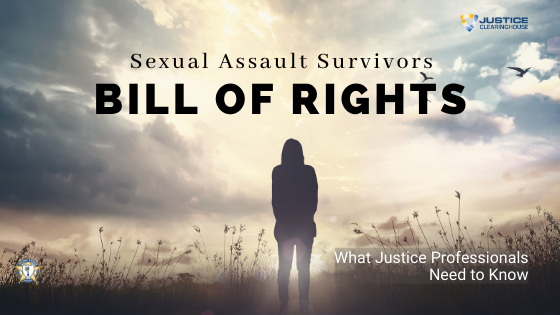 Amanda Nguyen was a college student at Harvard. She was sexually assaulted and wasn’t sure if she […] 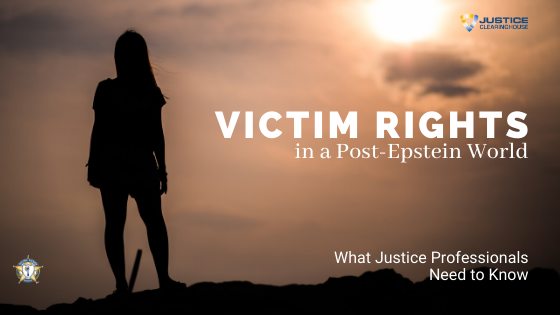 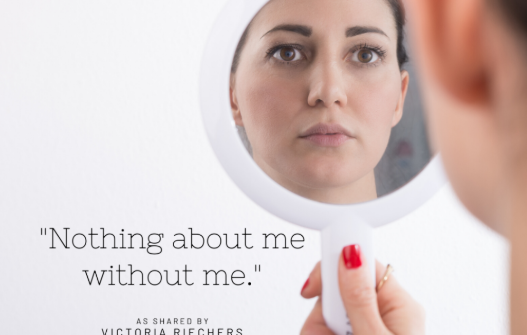