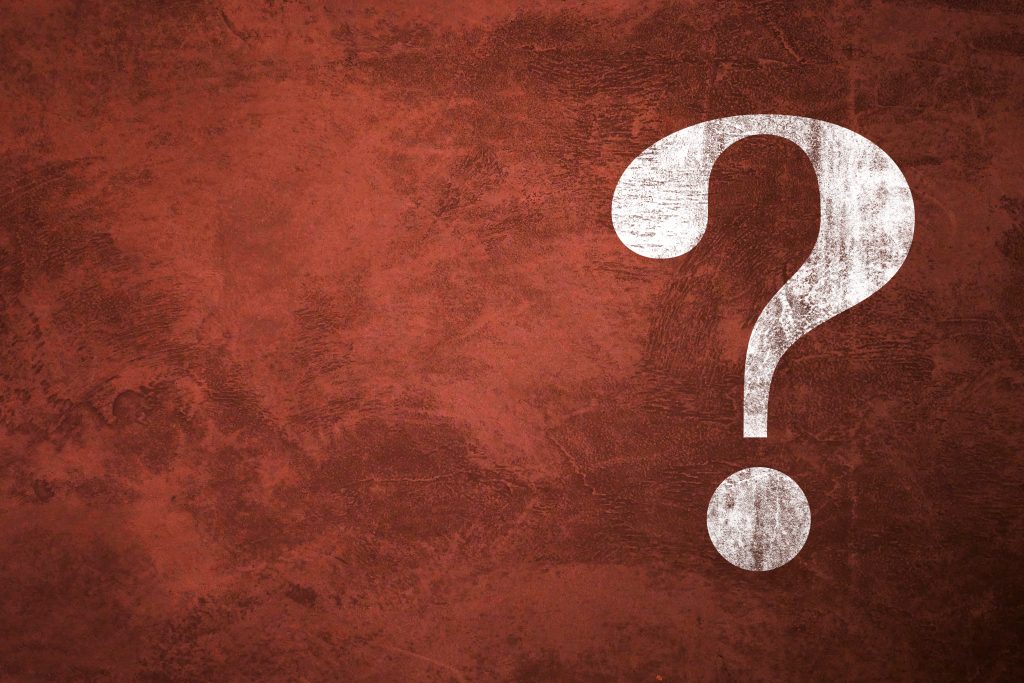 Webinar presenter Dr. Grant McDougall answered a number of your questions after his presentation School Guardian Programs: A Psychological Perspective. Here are just a few of his responses.

Dr. Grant McDougall: It has dramatically. Again, it varies from state to state, but certainly, here in Florida, we have a drastic reduction in the number of students that are actually in class. We have a drastic reduction in the number of teachers that are in class. I don’t know the exact percentage but I would say at 6% or less are actually in school right now. So, I think right now, what most administrators and teachers and school board were just trying to figure out how to get to the next step. So, there’s not been a lot of discussions. As far as trends go nationally prior to COVID what we were seeing probably more than anything else is instead of arming administrators and those that don’t have as much directly in contact is the trend of arming teachers. That has been really the topic for the most debate that I’ve seen throughout this whole school guardian process. When it started here in Florida, they were only arming individuals out that we’re working outside of the classroom and we didn’t get a lot of press. We didn’t get a lot of feedback both positive and negative. The minute they started discussing and then followed through with arming teachers, it blew up. I think, again, these trends may also be heavily influenced by our political environment and then, of course, the next shooting, when that happens. That will also, I think, dictate, in large part, what trends you see.

Audience Question: Have you heard any discussion about, as an alternative to a school guardian program, could schools simply partner with security companies?

Dr. Grant McDougall: Yes, that’s a great question. Yes, they are. What I’ve seen more of here in Florida is that certain school districts are creating their own police department. I was speaking at a conference last month and spoke to an individual in that conference who is the police chief of a school district police department that has, I think, he said three officers. That’s the entire police force is three officers. He’s the chief. He has three officers. Their task, their role is to provide security and safety for a single school. That school has designated they actually are a police department here in Florida. There are school districts that are employing private contractors. But again, I think it comes down to an issue of funding from what I have seen, and again, I’m not a politician certainly not a budget guy, but what I’ve seen is you’re seeing a large percentage of the school districts and counties that are implementing school guardians, those are the ones that don’t have the money to pay a private security agency to come in and provide that protection. So, I think it comes down to funding in the end.

Audience Question: So, going back to that AP article that you had earlier in your presentation, do you remember how the AP or the research study that was done? How did they define what a weapon is? Did that automatically assume that it was a gun or were there other weapons included in that study?

Dr. Grant McDougall: That is a phenomenal question. I’m kind of a data guy so I was looking at that as well. In that particular study, it wasn’t well-defined. They indicated in one part, they use the term firearm. I don’t know if it was a loaded firearm or a functioning firearm in another part of the study. Ashley if you want to e-mail me directly, I can give you what material I have on it. But in a short answer, I don’t know exactly what the answer is to that question. I believe the best I could extrapolate data from it, what it was a firearm, whether it be loaded or not functioning or not, I do not know.

Dr. Grant McDougall: Not that I’m aware of. It wouldn’t be a bad thing to include. One of the problems that we run into is that you’re looking at a pretty extensive evaluation. The reality that we’re holding is the more time you spend doing that, the more money it’s going to cost. So, I can tell you, what my practice has tried to do is we tried to look at the most impactful and validated and information-based material we can use that’s most cost-effective. So, for example, emotional intelligence is an important issue, especially, nowadays, more than ever. I think that’s a very, very important issue but do we want to spend our time and resources doing that as opposed to doing a validated instrument like the MMPI or the IPI-2. So, I can think of the top of my head of probably six instruments that I would like to apply, measuring everything from personality type to emotional intelligence to bias, I mean, you name it. But as a business, we’re limited to how much time we can invest and how much money we want to spend on each assessment so that when we offer it to a school board or a sheriff’s office, you know, we’re not saying, you know, screening every candidate is going to cost you $2000. It’s just financially not feasible. So, in my practice, I can answer just for us. What we’re doing is we’re looking at the information that we feel like we can get from instruments that are going to be the most valuable for us. So, we may utilize 1 or 2 instruments in there that provide us the information we feel like the most valuable. In our practice, we do not do emotional intelligence but I certainly wouldn’t be opposed to it.

Audience Question: Has there been any research on how an increased presence of guns on campus may impact students with trauma histories?

Dr. Grant McDougall: That’s an awesome question and to the best of my knowledge, no. I have looked and I haven’t found it. Stacy, if you would do it, I’d love you to death. I don’t know of any. I think it’s coming because of the prevalence of – and that’s one of the arguments you can. This is only an hour on presentations, so I didn’t have time to get into it but that’s one of the arguments, I think, has a lot of validity. There was one of the listeners on today’s webinar said that it will put people at ease.  I don’t disagree with that in any way, shape, or form but I also think that it has the potential to do just the opposite.  I think that’s something that we need to consider. To the best of my knowledge, I have not seen any data or any quality research done in that area but I’d sure love to see it because I do think it’s very, very important and we need to consider that. From a professional perspective, I’ve had a patient of mine who was a high school student that was involved in a multiple fatality gun-related incident and he has been diagnosed with PTSD and the mere sight of a gun to this day is a trigger for him. So, when you asked that question, I thought about him immediately. I do think it’s something we do need to think about and explore. The short answer to your question is I’m not aware of any.

Host: I’m going to put a plugin here. Reach out to your local research university or any research program that has a master’s degree program or a doctoral program. I would always encourage you to reach out to those universities and say, “hey, we’d love to work with one of your doc candidates to be part of a research study.” That would be a phenomenal experience for any Ph.D. candidate.”

Audience Question: Craig says he’s an SRO in Colorado and some school districts, they’re seeing the dissolution of the SRO programs in their entirety. Are you seeing this trend nationally?

Dr. Grant McDougall: I think Craig, again, great question. These are all really good questions. I have not seen the trend nationally but to be frank with you, I haven’t paid attention to that. I haven’t looked into that. I have seen that happening here in Florida. I’ve taught to another state where that is happening as well. So, that leads me to suspect that it might be a trend that is either starting or already in progress nationally. I can tell you for a fact that it is, it is absolutely happening here in –  it’s happening in my county in Florida. So, I suspect that if it’s not a trend, maybe it is becoming one.

Audience Question: So, what is the required ongoing training for the School Guardian program beyond that initial training? So, once you get it, endorsed, or approved, or whatever the phrase is, what happens after? What’s the ongoing training look like?

Dr. Grant McDougall: Great question, Gary. I can’t give you an exact answer, because, once again, it varies from state to state. There are no national standards. I know of a state, I’m not going to name it, where they do the initial training, the initial screening and then they have no more training the entirety of the school guardian program service. So, they can be in it for 10 years they’re not going to have any more training. Numerous agencies that I have worked with will have the one-time psychological screening, background investigation, that type of thing, and then they go through their 144 hours of training. Then they would have yearly requirements for firearms and so forth, maybe defensive tactics. But the bottom line is, it varies from state to say there aren’t national standards. So, in one state, or maybe no annual training or follow-up training involved. In other states, it may be you have to pass a qualification on a firearm range or you may have to go through defensive tactics again. What I’m seeing most common is that you have firearm training once a year, if you’re having any type of annual follow-up. There are a couple of agencies to be more thorough annual training or qualifications, but again, no national standards.

Click Here to Watch a Recording of School Guardian Programs: A Psychological Perspective. 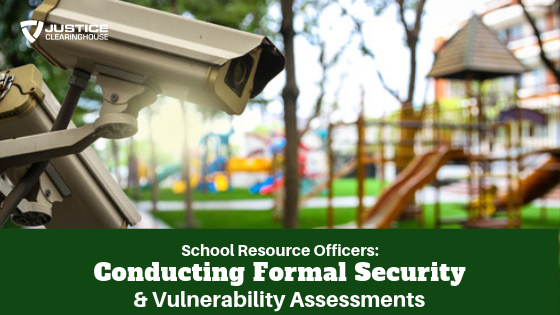 Just as the media frenzy of one mass shooting incident seems to have died down, another one hits us. […] 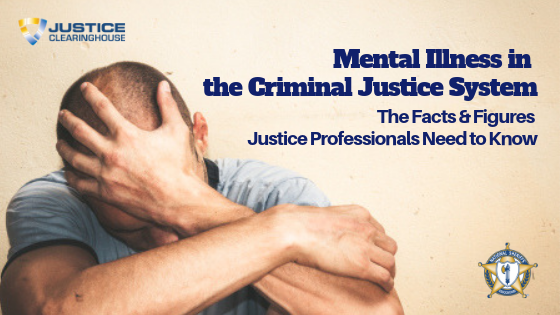 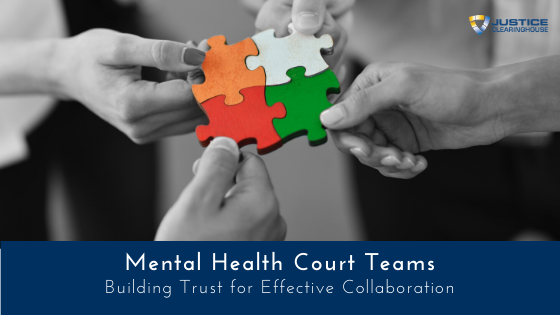 Do you want to learn effective skills for facilitating collaborative teams? Are you lookin […]