Webinar presenters Harmony Goorley answered a number of your questions after her presentation, "​Recipes for Controlling the Emotional Hijack." Here are a few of her responses.

Audience Question:  What is the difference between criminal behavior and behaviors associated with mental health disorders? And how do interventions differ between these two groups?

Harmony Goorley: Probably going back to the earlier slide. I don't know if I can answer that whole for you because we know that our jails and our prisons are at least 1/3 mentally ill folks. That because of, or in addition to, their mental illness, they committed some type of crime. Understanding what your target is, whether a person is mad because he's not mentally ill, and he just decided and he's happy to decide to do that, he's going to do that all by himself. That intervention, again, looking at what you're trying to target with that individual. He's not bothered by his feelings. He feels fine about what he did, he just got caught. And it's his thinking that he's disruptive. He thinks he can keep pushing his way through. Whatever the problem is. That individual, antisocial person, you're going to be targeting the thinking. Shifting the way that he thinks, getting him to slow his thoughts down. Versus an individual with schizophrenia who also stole something from a store, but the motivation for stealing, it looks like counterfeit criminality. He's wasn't heading out to do bad, but there are some voices in his head. There's a whole host of how mental illness can explain criminal behavior, but at times, we can't separate the two. You can be mentally ill, and you can decide to commit crime. Understanding the thought process and current state of the individual before you and find your best strategy in communicating with them. I hope that answers the question.

Audience Question: You talked about emotional hijack and audience members are wondering if you can mention the speaker name again or books that you might specifically recommend?

Harmony Goorley: It's Doctor Daniel Goleman, who wrote the book Emotional Intelligence: How Emotional Intelligence Can Mean More Than IQ, is the name of that book, and there's a whole series of books that he's written since then. On emotional intelligence a lot of employment agencies, that are actually beginning to profile individuals based on social intelligence. Looking at the different domains of intelligence, it's not just book smart, but it's how self-aware is an individual, how socially aware is an individual, how can they manage relationships and manage themselves, their own self-control. So, looking at those different pieces of intellect. And Goleman is a really good individual to start with. Any kind of emotional intelligence books though is good, they all tend to follow quite well what he's written.

Audience Question: Are there other authors you'd recommend other than Rory Miller or Dr. Jonathan Petre?

Harmony Goorley: The go-to is probably, I think it's 7 Habits of Leaders, probably saying it wrong, Stephen Covey, he actually wrote the foreword to Crucial Conversations, so he's a good one. And actually, a really good book, a bit more less field, it's Simon Sinek, Leaders Eat Last. It's not about correctional environments, it's not about emotional intelligence, it's about how organizations can be more efficient, how organizations and teams can better cooperate with one another, but we're really looking at brain chemistry. And chemicals, and hormones, really interesting read, harder read, gets into a lot of really big themes. There's a whole chapter on specific strategies for work with millennials. It's a pretty progressive book, that's again, Simon Sinek, Leaders Eat Last.

Audience Question: About addressing emotional hijack, primarily during face-to-face interactions, can these same techniques be used with other forms of communications such as email or text messages?

Harmony Goorley:  Absolutely. Certainly, emails, for instance, typically, that's going to slow a process down because we're going to have to be more thoughtful of what we write. VitalSmarts, an agency that's involved in the books Crucial Conversations, Crucial Accountability, that book series. On their website, VitalSmarts has a free weekly newsletter, where they send you hypothetical situations, and very often I see these discussions, and they're talking about instances like, "I sent this email, I accidentally sent it, or I sent it out of anger, can I come back from that?" So, very similar techniques, but usually through email, I think email is a bit unique, because what you're missing is the non-verbal communication of the other individual. So, at the moment how you respond quickly, they're not going to be as responsive to the other individual, because they don't have any information to assess. Their only input in terms of human information processing are your words, or if it's on the telephone, the voice tone. You're not giving them a lot of information, so they're much harder to interpret but you can still use these similar strategies that just understand that you could be missing some really important pieces if you are to see that individual and see all the data available.

Audience Question: In a correctional environment, when you have staff members that have the tendency to engage in that emotional hijack, have you seen situations where inmates start specifically targeting that person to push their buttons?

Harmony Goorley: Absolutely, but I can say, I have been targeted very early on in my career. And that just made things worse and gotten to this tit-for-tat and engaged in the power struggle, and I picked up the rope. But that's why it's really important. I like to use the phrase, talking to correctional officers, especially, or first responders, think of yourselves as a social coach. Yes, you were there for safety and security, yes you are there for the rehabilitation process as well. And if you think of yourself as a social coach, everything you do and say, everything you do with your mouth and your hand, is essentially coaching these inmates how to behave. So, you're setting the tone. So, they can think of themselves as social coaches, and be much more mindful, much more self-aware. of the messages, and the values that they're sending. Usually, there's a lot of good discussions right before shift that they can have, we could have them practice, have them role-play, people hate that word, cognitive behavioral rehearsal then they enjoy it. But practicing these skills, so that they can become better social coaches, so that the overall violent potential of the facility is decreased, because they don't have staff and inmate’s kind of picking at each other and escalate into a potential for violence.

Audience Question: If we saw the bat first, and that may reflect a traumatic past, can we still grow and develop the ability to see the other point of view or the light image of the angel?

Harmony Goorley: Absolutely, yes. Hypothetically, theory would assume the negative image that people would have had traumatic pasts are more prone, their amygdalas at hyper-vigilance, they're going to be very sensitive to threat perception, so I would just be guessing that they're more likely to see the bat, but there's actually no evidence to that. But there is evidence that the eyes, is always going to be drawn to light space first. But with that said, absolutely there is reconditioning, there's changing of the circuitry, that can happen. You can't learn during an amygdala hijack, but it's the moment before the behavioral rehearsal so you're more equipped to prevent a hijack, to de-escalate quicker. Or an immediate feedback after, talk about what you did wrong, practice new language, new intervention strategies, and create as new historical memory so that when threat is perceived, the amygdala has more memories to work from. Despite your trauma you can say, "Hey, yes, I've been bitten by a dog once, but I have all these memories of five other times that I saw a dog off a leash that didn't bite me," and then you'll have a greater likelihood of not responding disproportionately to the stimuli.

Click Here to Watch a Recording of "Recipes for Controlling the Emotional Hijack." 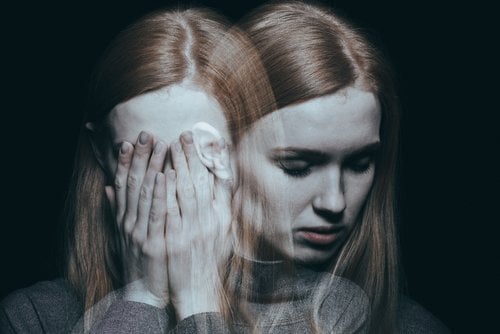