Webinar presenter Dr. Stacy Jeleniewski of the National Center for Missing and Exploited Children answered a number of your questions after her presentation, "The Online Enticement of Children: Trends and Patterns from an In-Depth Analysis of NCMEC Cyber Tipline Reports." Here are a few of her responses.

Audience Question:  Why is this crime increasing? Is it because kids are more online these days? Is it because it is harder to catch the criminals? What's spurring this exponential growth that you talked about?

Stacy Jeleniewski:  Probably two-fold, the truth is that the internet, smartphones, kids are getting these kinds of things that younger ages are becoming more normalized for kids to be online. Some might even think that they're disadvantaged if they're not online or have access to these kinds of things. Younger and younger ages as society changes. As kids are more online, in these apps, these kinds of things that are likely to increase. But also, on a positive note that people are just recognizing it more. Maybe being less afraid to report it, whether it's on the CyberTipline website, the local law enforcement, their parents, to whomever it may be — maybe even teachers, other trusted adults in their life. Just that we're trying so hard to share this message that it shouldn't be kept in the dark. That it's important to recognize it, to do something about it and take action. In combination with kids increasingly using these kinds of things, that it might also be an increased level of awareness on their part, and increased level of reporting. A positive aspect of kids using these kinds of things more, obviously, the downfall is that these things can be happening more to them. But there might be some kind of awareness and education that parents, educators might actually be talking to them like they should about safety, safe behaviors. So, kind of in combination, they're using it more, but then also they might be recognizing and reporting it more. I think those are the two main reasons that we're seeing increased reports or feeling like this is increasing.

Audience Question: Is this an issue specific to the United States or do other countries have similar issues?

Stacy Jeleniewski:  No, I definitely don't think that it's specific to the US. Of course, a lot of this is involving technology, so I think that on a country by country basis, depending on the access, the social norms around using technology, using different apps, having smartphone access, like all these different things might influence different countries in terms of the fluctuation of how often it is happening. Certainly, this is happening everywhere. In fact, the CyberTipline receives reports about things like these happening all over the world. As mentioned at the beginning of the presentation, we've already received over 15 million reports in general of all kind of online exploitation, so not just online enticement. The majority of those – around 94% or so of those total reports the CyberTipline gets is auto-referred to different countries. Our analysts are diving in trying to analyze and help law enforcement out with the much smaller percentage of those. If you think about it, 94% of those 15 plus million that we've already gotten this year, are being sent to other countries. So, yeah, it's definitely a worldwide issue — not limited to the US at all.

Audience Question: How does an offender typically identify a child to victimize? Is it very deliberate and they are specifically targeting a child or is it more broad strokes? How did they identify that child?

Stacy Jeleniewski:  I think that based on the research that I did and maybe if we think back to the slide about methods and how they're targeting kids and what platforms, I think the answer and for sure I can say based on what I saw — it is happening in every way. Some cases, I would see where they would maybe be on social media, different websites that we're all very familiar with, normal, regular social media websites. Maybe they say something nice, they start talking to a kid. But maybe they're doing it to a number of different kids. You can't always know how many kids they're attempting to talk to at one point. Maybe they are reaching out to an individual child and if that kid's receptive to that, they keep going and push a little further. In some cases, kids seem more agreeable and not proactive in a sense like looking to be victimized. But if you have older kids who are more sexually curious, they might be on dating websites, 18+ websites, maybe they're already on pornography websites because they're curious about things. Maybe then they would become easy targets because they're already agreeable to have sexual conversations or sharing images and initially not viewing themselves as being victimized per se. And lastly, maybe there are other situations like some of those methods we talked about today, offenders are just sending almost a fishing net out like, "I'm just going to send explicit images of myself out there. I'm just going to say these very obscure, grotesque sexual things to whomever and see who responds back to me." Or will post these memes about, "Hey, I'm a male this age, who wants to communicate with me?" I do think they're just trying it so many different ways and sometimes it is more targeted to a given child. And of course, if that child has certain vulnerabilities, if they have a history of certain things, they might even be more susceptible, they might be easier targets, they might be looking for attention, affection, relationship. It could be so many things that make them more vulnerable. Maybe even naivete, that they're not aware of kind of how it is evolving and what's really happening to them at first. Sometimes I think they are being targeted specifically and other times offenders might just be sending out this fishing net of, "If I put this up, who will respond back to me? Who's the easy prey?"

Audience Question: Has there been a thought as to how to hold some of the platforms accountable for the outcome of children being victimized or maybe something monetarily happening if a lot of this happens a lot on one particular platform?

Stacy Jeleniewski:  I think, fortunately, as I mentioned, we have really good relationships with a lot of internet companies. If I remember correctly, there were about 1,400 internet companies that have essentially registered, quote-unquote, with the CyberTipline. Meaning that they're sending reports of things happening on their platforms — on their apps, on their websites directly to us. They don't want this kind of stuff on their websites is what we have found more often than not. As I mentioned in the presentation, if certain things are present such as apparent child pornography, they legally have to report if they are a United States-based company. To some degree, they are being legally mandated to report to us. What I was alluding to is that we have good relationships with well over a thousand companies and what we actually see is that they more often than not go above and beyond to report additional things past what they legally would have been mandated to report. For one example, if an offender and a child were just talking but no images have been sent or if it's a sextortion case and a child being blackmailed to send images but they haven't yet sent those images, a company wouldn't be necessarily legally mandated to make that report but they are.  I think that we feel a lot more positive about companies being willing and wanting to get this kind of stuff off their sites as opposed to them being reluctant and us having to think of what kind of repercussions could we place against them.

Audience Question: When a local law enforcement agency gets a report of an online luring of a child, should they be in turn contact NCMEC as well to report it?

Stacy Jeleniewski:  They can if they want to. In my understanding, they're not legally mandated to do that. We do have some cases where the flow of information does come from local enforcement if they feel like NCMEC can be of help to them. We would call that an assistance request essentially, a technical assistance. The kind of searches, the kind of analytical work that they would do if they receive the report directly from the internet company or the public — they would be able to do that for law enforcement and then we'll pass it back off to law enforcement. The analyst in the CyberTipline have access to a lot of opensource or public databases that oftentimes cost law enforcement money, but because we're a non-profit, we get a lot of these services donated. And we have very specialized analytical experience. Law enforcement is always so, they have so much work to do that if the CyberTipline can take some of that online searching and providing some kind of value to the report and passing it back off to them, it's information that they could use and work that they may not have to do, or could steer them into the right direction. So, that does happen. I would say though most of the time, CyberTipline reports come initially from internet companies and the public, we would do that same kind of analytical work and we would try to find which jurisdiction, which state, which ICAC, or Internet Crimes Against Children task force would be responsible and we would then pass it off. So, we're acting as the clearinghouse, taking in information, providing value, and passing it off to law enforcement for them to choose whether they're going to investigate.

Audience Question: What are the most effective ways for parents to protect our kids from these predators?

Stacy Jeleniewski:  I was anticipating this question, I spoke with our prevention team and I feel like apart from all the resources that I had in the last slide which anybody listening in should try to access and take a look at, they always tell people, literally, just talk to your kids. Having these conversations from the youngest age that's developmentally appropriate about safety, about people's intentions or possible intentions online, what to do if you feel like that's happening to you. Just basically keep those open lines of communication just in case if something, they can help avoid it, of course, to prevent it that's number one. But also, if they do suspect that something that is like happening to them or they end up in a bad situation, that it doesn't continue to get worse. And of course, you could always report to places like CyberTipline.org.

Click Here to Watch a Recording of "The Online Enticement of Children: Trends and Patterns from an In-Depth Analysis of NCMEC Cyber Tipline Reports." 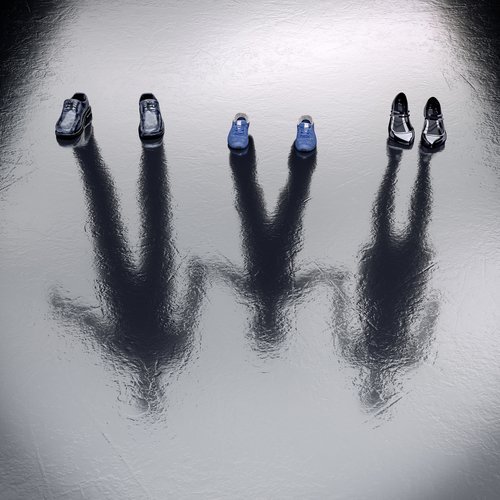 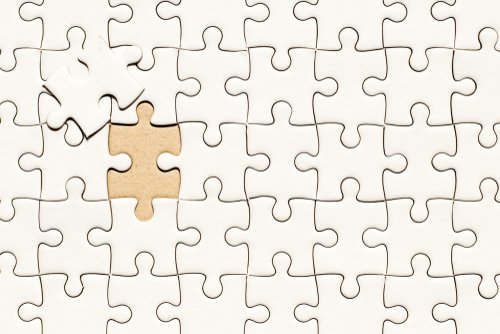