Webinar presenters Peter Bellmio and Darrel Stephens answered a number of your questions after their presentation, Humanizing Policing: 8 Steps that Build Community Confidence and Promote Officer Safety.  Here are just a few of their responses.

Audience Question: The uncertainty around COVID is on the top of the mind for many law enforcement personnel. Using what you just discussed, what would you recommend we do either additionally or differently in light of the challenges we’re all now facing in our communities?

Darrel Stephens: That is a great question and a critical issue that we’re all wrestling with at the current time. For me, we have to begin to look at different ways that we can continue to develop relationships even while we’re engaged in social distancing. One of the best ways that we can do that is to rely on our social media platforms to help us connect with their community. Help people resolve problems that when we can’t respond directly to their calls for service. At least present ourselves as best as we can as somebody that cares about what’s happening in the community, cares about our own people as we try to manage this crisis that we’re in and continue to build relationships as we go forward both with our organizations within our communities and trying to work through these problems that we’re facing.

Peter Bellmio: I would agree with Darrel. Really you substitute dealing with this kind of pandemic with dealing with crime and quality of life issues. Your sergeants have to know what kind of work needs to be done and they have to be properly trained. You have to have a clear direction on what you’re going to be doing that is articulated by the agency’s leaders. The whole humanization process can be linked to epidemiology data we finally get once tests are done. We can identify hotspots and have a coherent organizational approach to reducing infection. We are going to have to communicate differently and social distancing is a problem for police making contact with the public.

Audience Question: What recommendations do you have on implementing community-oriented policing in those departments that haven’t done so already especially when command staff tends to not listen to suggestions from lower-ranked personnel?

Darrel Stephens: You know, I would begin by focusing on the problems themselves. I think even people at the higher levels who wouldn’t normally take feedback or listen to folks at the operating level. They do appreciate getting problems solved and you can apply those problem-solving models. If even if the rest of your organization doesn’t. It’s going to be more challenging but you can apply that yourself. You can look for ways that you can partner with people in your community to help resolve those problems. As those problems get resolved we have a better opportunity for a platform to convince folks in the organization that a broader-based application of problem-solving and working in partnership with the community would serve our entire department or community well.

Peter Bellmio: I try to tell people, the repeat call location example Darryl gave earlier is a good way to bring facts to the discussion. I don’t care what planet you’re from. If you’re a police manager you repeat call locations are a problem. If you can get some good results from frontline and management being on the same page it is a start. The Humanization process can help create these wins and I truly believe success breeds success. Sometimes the CPTED can bring management and line staff together it’s physical locations that are in plain sight.  In Decatur, Illinois where I was Director of Public Safety, our practical midwestern folks, particularly Sergeants, liked CPTED  because strategies can be tactical like getting the city to fix lights and organize clean ups by residents. Because we were a home rule city, we could bag parking meters, temporarily close streets to change traffic flow and other hands on tactics to make offenses harder to commit.

Audience Question: How do you encourage the city council and other local governmental agencies to include law enforcement participation when looking at redevelopment plans?

Peter Bellmio: Well, that’s a tough one, right? I’ve done some work on this topic lately. City planners and elected officials think that if we are going to review these plans all we’re going to do is say we want razor wire, guard towers, and more cameras that is going to make the project fail. But if everybody has some kind of an orientation to CPTED, what they’ll find is that these reviews will make these projects more successful when they’re more successful they are safer for the public and officers. Ideally the municipality should be adopting CPTED standards as part of their normal review. I think the other thing they’re afraid of is that if they show us the plans we’re going to ask for more people. Well, we may need to ask for more people, but we could also suggest how they could reduce workload if they design it differently. So I think it’s in the approach that we make of what are we trying to offer. I was lucky enough that the business community heard about CPTED through a meeting we had a City Council and Archer Daniels Midland (ADM) paid for Tim Crowe to come in and do a three-day session for professionals, one for community people, one for police and then one for architects. These sessions that gave us a shared language. So if you could find some CPTED training locally to try to inch it in there people realize we’re going to make these projects more successful not stop them or make them unsuccessful.

Darrel Stephens: A couple of examples and in both St. Petersburg and Charlotte. We did exactly that had CPTED training for officers, neighborhood leaders, school officials and to business folks. That did give people a common ground and understanding of what changing the environment was all about and we were able to do some really important work in making school safer. A couple of redevelopment projects that were turned into major initiatives, they looked different because of that initial training that we did then they would have otherwise.

Audience Question: How do we fight the issue of reactive policing in patrol? With growth, officers are very busy and they’re losing the mindset of proactive policing. So, what can we do to promote time management and help patrol officers recognize the times they can insert themselves into the community to be proactive?

Peter Bellmio: The first thing is you’ve got to look at the workload with the personnel you have now assigned to patrol. The fastest relief comes from reducing calls dispatched. I still find some cities have effective alarm ordinances. I see officers going to calls that really they don’t need to go to. The other part of it is what part of your budget and your labor force is in patrol officers who respond to calls for service?.  I work with agencies that have as little as 35% of their personnel in patrol. You know that dog just won’t hunt if you want to have them doing meaningful proactive work. So I think the first thing is to get a baseline of where you are. See if you can do more with diversion and as Darrell said earlier in our social distancing world. I think it’s going to create a revival for cop logic and telephone reporting because those strategies reduce time officers are dispatched. Again success breeds success. Find some officers that can use that time to make something better happen that people see as positive. Agencies have to resist specialization until they have committed an adequate number of officers to patrol.

Darrel Stephens: The Coronavirus may provide a platform going forward for you to use those alternatives. I’ve seen announcement after announcement the past two or three days of departments handling calls over the telephone, using their internet reporting systems, and other measures so that they’re not exposing officers to or giving officers potential exposure to the Coronavirus. Once they’ve tried that going forward some of those same concepts can be applied and that will, in fact, produce more time for officers to do proactive work

Audience Question: Can you share how dealing with the issue of missing persons might be applied with the eight steps model.

Peter Bellmio: I’ve done a lot of work in the area of missing children. Over the last 10 years now we’ve done more of missing adults around the country and we’ve done a lot more with looking at the remains of people that we find and try to identify where they are. For missing children, patrol needs to know what the danger signs are. So, for example for missing children, the most critical call and this happened to me in Calgary and the troops really jumped on it that the children that are abducted and murdered those that are not in bad neighborhoods. It’s your average neighborhood. They get off the school bus at three o’clock and never make it home. Those are the kids of the most dangerous and we had one and we worked hard finally found the child. She was okay, but they have word invested in it. They remembered they had been trained on this missing children cases. Going back to even missing adults, patrol officers should know how to investigate these cases. You know you have a right to be missing. What are the policies? What are the preliminary investigations steps that we want them to take. Again the training that they’re going to need to have. I think if that’s an issue that is important in your agency, you could apply the eight steps. Even to the point of looking it, is there something about where people become missing that might have to do with the physical design in the area. But I’d say just follow the process and get information about that problem and engage the employees in working on it. Come up with a way to do it in a way that realizes that officers have the most contact with neighborhood residents.

Darrel Stephens: With an emphasis on step 5, problem-solving. 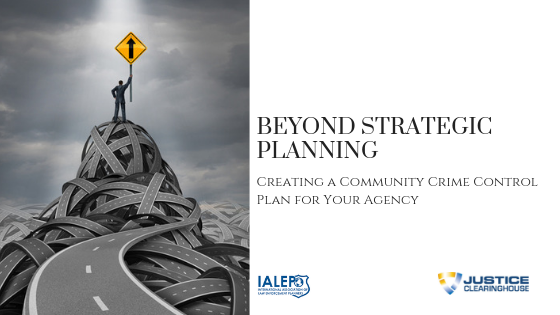 Beyond Strategic Planning: Creating a Community Crime Control Plan for Your Agency 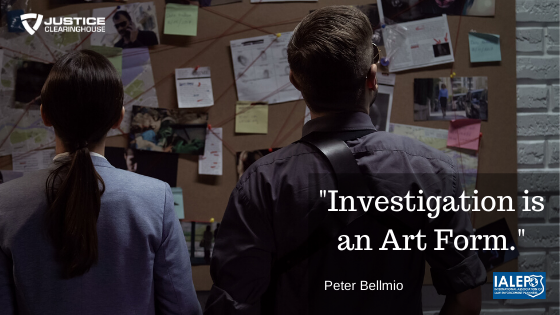 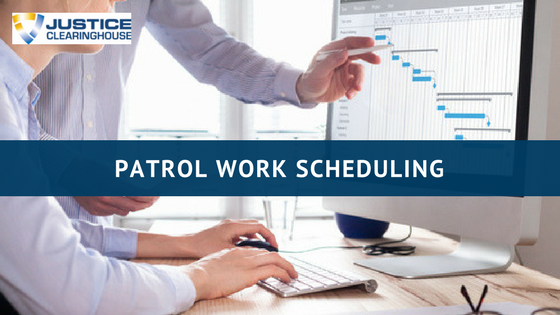 This is a contentious issue in many police agencies. There is no generally accepted “best schedule […] 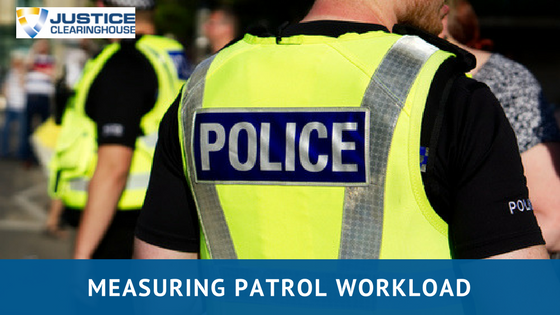