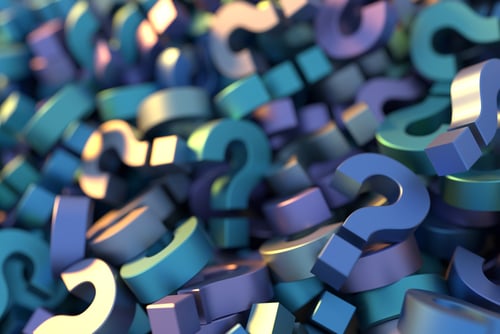 Webinar presenter David Pauli answered a number of your questions after his presentation, How to Free Companion Animals and Wildlife Wrongly Caught in Traps.  Here are just a few of his responses.

Audience Question: How do you determine whether a cat that’s in a trap has been intentionally caught as in lost cat recovery or whether it’s been accidentally caught in the trap that was meant for some other critter?

Dave Pauli: I normally get the question of “How do you tell if it’s a domestic cat or a feral cat?”, and the answer to that is waiting for days because you really cannot judge a cat by behavior when he’s in a trap because he’s pretty upset. So, it’s similar to your question is that, so I am assuming you are seeing somebody else’s trap. This is not a cat in a trap that you caught. So, if you see a cat, and I guess I would look to see if the trap has a tag on, it says what the indication is and then call that person because it’s, you can’t judge it by the cat. You have to judge by the intent of whether this is an animal-controlled trap set for wildlife or whether it’s, whatever. But who’s ever trap it is, all animals should get turned over to local animal authority, So, and this is a point that if you rent traps out, you should require that those animals come back to you and not give the trapper the right to determine the outcome of that cat. So, I’m skipping, I’m jumping around on your question a little bit because it’s a unique one. But I would say the answer is, who’s setting the trap and what were they setting it for? And then look to see what the outcome with the animal is.

Audience Question: Do you have any best practices for releasing a skunk from a box trap a.k.a a true catch wire trap? In other words, in order to avoid getting sprayed.

Dave Pauli: Yes, yes, thank you. Um, yeah, I do. I have actually live-trapped and released over 2,000 skunks. We did birth control for skunks for two years and so we would approach a skunk with a 22-cleaning rod. Get within three feet of it. There’s a couple of keys and tried to keep this short but first, listen to the skunk, old skunks are relatively easy, youngers skunks haven’t quite figured out how powerful they are and they might still leap and spray a little bit. But watch the skunk. He’s going to stomp his feet at you. He’s going to maybe false rush, but the idea is to get a towel or blanket and did it up. Slowly as you can over the trap, you can use a snake tongs. You can use a fishing rod and get it over the trap. Then get behind it and then raise the door up, depending upon the type of door lock mechanism and then just hook the door. I actually have a pretty good video of this. We just did trapping swift foxes in Wyoming and I could make that available to people but it’s low, slow, and soft. Approach him low. It’s not a bad time to say soft kitty, warm, kitty, little ball of fur, because if you are tall and give a big shadow and make noise, you might get sprayed. But if you’re low, slow, and soft, you can get that blanket over them. I even get a blanket over the transport them in my truck and release them, so it can be done. You just have to have confidence after the first couple, it’s a piece of cake.

Dave Pauli: I shouldn’t be able to answer that quickly. In some states, yes, Colorado. I think there’s, I apologize, I should know the answer to that. But there are 3 or 4 states, they are illegal in a lot of countries. And there’s a movement too to increase that, because they haven’t changed a lot in 150 years, and they’re still, they have some inherent cruelty in them based on design. But, no, they’re not illegal all over. You have to check your state laws.

Audience Question:  Must researchers follow the more humane trapping guidelines and if so, who’s best provide those guidelines for research?

Dave Pauli: Yeah, that’s, that’s a great question. It’s usually done by the local research review committee, for whatever organization is doing it. There’s a committee that looks at all those projects and approves the protocols, Animal Care and Use Committee. I think, again, it’s a general statement, I think most of them tend to meet or exceed whatever the state has because it’s usually an academic institution and they’re trying to be as humane as they can. But there have always been exceptions, so, but it is, there is a protocol set, and they are reviewed by the animal care and use committee. And, so, if you see something you don’t like, you can approach that organization and ask that they review their protocols.

Audience Question: I have horses and I can’t have groundhogs or possum in their area. What is the most humane method to deal with these groundhogs and possum?

Dave Pauli: I’m assuming their question or problem is the holes that they are digging. So many variables, I mean if it’s excellent groundhog habitat or excellent, a possum habitat, you’re probably going to have them, and removing them is just going to open a void that will be filled by another groundhog or possum. So, there’s a couple of things. There’s passive relocation to try to get them out of the pasture just by basically hazing them and you want to do this in the spring. But other times of the year, you can just let them know that they’re not welcome. Put dog feces in their burrow, noise, lights, any kind of hazing technique to let them know you don’t want them around your horses. But if you just went and trap them and remove them, it just becomes a cycle that mother nature refills, and you’re just going to be dealing with it forever. So, and you could e-mail me. I could give you a more in-depth thing about those two species or, actually, your handout has pretty good information on both of those species too, so take a look at that.

Click Here to Watch a Recording of How to Free Companion Animals and Wildlife Wrongly Caught in Traps.