Webinar presenter Kim Colegrove answered a number of your questions after her presentation, Facing the Mental and Emotional Impacts of this Work: Three Steps Justice Professionals and Their Spouses Can Take Today. Here are just a few of her responses.

Audience Question: The PSS test is in the free resources area, is that right?

Kim Colegrove: Yes, if you go to PauseFirst.com/FreeResources, you’ll see it right there at the top. It’s called stress assessment. You can’t miss it and just click on it and download it and print it.

Audience Question: Are there any recommendations for empaths to protect themselves from feeling too much which can cause overwhelm? Do you have any advice on how to do that?

Kim Colegrove: That’s a huge problem across these professions, because, typically, people who get into helping professions do so because they are feelers, nurturers, caretakers, and helpers. I would read every book and listen to every podcast and find every resource you can about empaths and get really focused on protecting your own mental and emotional well-being. There are people out there that can teach you how to separate from the actual feelings of other people, so that you take a mindful moment to recognize what is yours, and what is theirs, and ways that you can protect yourself from being overwhelmed because you’re empathic. That’s a great question, and it’s really common.

Audience Question: The quote that you said, you suppress your feelings so long that… and he’s trying to finish that quote. Could you, could you jog your memory on that one?

Kim Colegrove: Yes, I’ll paraphrase. I’m not sure exactly what Nate said, but it’s something like: You have suppressed your emotions for so long, that your body has actually begun to suppress your physical senses. Some people find themselves in a position where they don’t see as clearly, don’t see colors as clearly, their senses are dulled, and their emotions are dulled. You heard Nate express how he was angry, he was locked up, and he didn’t feel any positive emotions. So yeah, suppressing your emotions and feelings can cause your body to turn off your physical sensations. Maybe food doesn’t taste as good as it used to, and things like that. Isn’t that incredible?

Audience Question: Do you have any particular modules or trainings just for the victim advocate population?

Kim Colegrove: We do not have trainings or modules specifically targeted for that population, but I would say we have a lot of courses on the Academy site available that would be good for, would speak to, would work for that population. We try and keep it general and generic, and not really profession-specific because what we are addressing is mental and emotional, holistic well-being of the individuals in these particular professions. So, people in parole, probation, victim advocates, people who work in behavioral health, mental health, corrections, social work, all of those professions, I think, will find these courses useful.

Audience Question: You talked a little bit about the notion of professionals not wanting to seem weak. How do we change this social belief or paradigm?

Kim Colegrove: Well, I’ve heard Nate say, vulnerability is a superpower. I’ve been working full-time with first responders and other helping professionals now since 2017. And what I’m seeing is leaders and veteran individuals in these professions stepping forward and showing vulnerability first, and they make it OK for everybody else. So, I think we’ve got to find these leaders across these professions. And the leaders are not always the bosses. The leaders sometimes are just those leader personalities, just those people who are brave enough and courageous enough to say, “This job has impacted me, and here’s how it has and I’m getting help, or I’ve gotten help, and here’s what I’ve done.” And what I’m seeing is that then makes it OK for peers and for others. So I think what has to start happening. The leaders have to step, the veteran individuals have to step up and step forward and be honest.

Host: What you just talked about reminds me so much of what Mike Brown and Charles Stewart were talking about for the first six months of the year. We had a series on emotional intelligence, and really, being willing to be open, and honest, and transparent is a really unique set of skills these days for leaders, but it’s so incredibly valuable. Being able to lead by example, that’s just phenomenal. Thank you so much for sharing that.

Kim Colegrove: I’m a huge advocate of both. We have a course on the Academy called Survive and Thrive. And that instructor’s a former paramedic, and he actually talks about this quite a bit. Self-care, caring for the self, that’s kind of a buzz term. And sometimes it turns people off because they think, “Oh, how many bubble baths can I take?” But it’s deeper than that. And self-compassion is really, really tricky because it is you developing the ability to give yourself the same compassion and forgiveness that you tend to give others, and that can be really difficult for a lot of us. Why? Because we’re typically really hard on ourselves and self-criticism is the order of the day. But absolutely, self-compassion falls under the self-care umbrella.

Audience Question: Is there a medical term for the phenomenon of your senses being dulled by repressed feelings?

Kim Colegrove: I’ll bet there is, but I don’t know of it. This would be a great question for Adam, by the way, who we mentioned, and that’s who Nate mentioned. He is the combat veteran that created that curriculum for that program. And he’s actually planning on joining my team. So, these are the kinds of things that I want him to talk about. That’s a great question. I wish I knew the answer to that.

Audience Question: What are some of the biggest things that agencies could be doing to help our justice professionals cope better?

Audience Question: So many officers are afraid to get help from professionals because they simply don’t want the treatment to be reported or trackable by their agency, they don’t want it to be found out, like in a legal proceeding, anything along those lines. Is the stigma of emotional trauma being addressed? Is it getting better? And what do we do to get these individuals the help they need?

Kim Colegrove: That is absolutely epidemic, not just law enforcement, but across all of these professions. And it was definitely a fear of my husband, and it was definitely what prevented him from getting the help that would have made a difference for him. He was terrified that his employer would find out that he ever had any mental or emotional problems, even just anxiety or depression, which we all struggle with from time to time. He had a security clearance he didn’t want to lose; he didn’t want to lose his job. And he knew, as an investigator what was possible in terms of records being subpoenaed and things like that, so it’s a valid question. We just have to get better within these agencies and organizations by letting the employees know that we really do care about their mental and emotional well-being and supporting that. Some people will go, you know, secretly or privately. I mean, some people will seek out mental health support or behavioral health support, but they’ll go out of their city, out of their county, someplace outside of that. A lot of people won’t use their EAP for that very reason. This is really a systemic problem. It’s a top-down issue that really needs to be addressed because until these people feel comfortable and safe admitting to mental and emotional struggles, the silent suffering will continue and that is, without being dramatic, the silent suffering is killing people.

Click Here to Watch a Recording of Facing the Mental and Emotional Impacts of this Work: Three Steps Justice Professionals and Their Spouses Can Take Today. 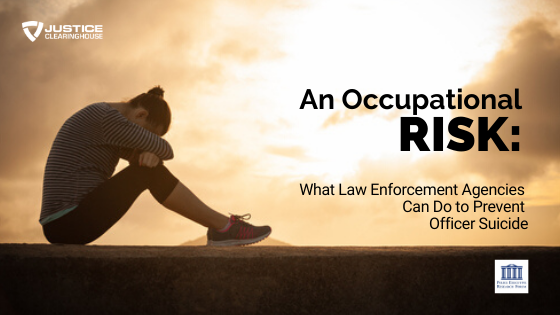 An Occupational Risk: What Law Enforcement Agencies Can Do to Prevent Officer Suicide

More officers are dying by suicide than line of duty deaths. This conveys that while they’re well […] 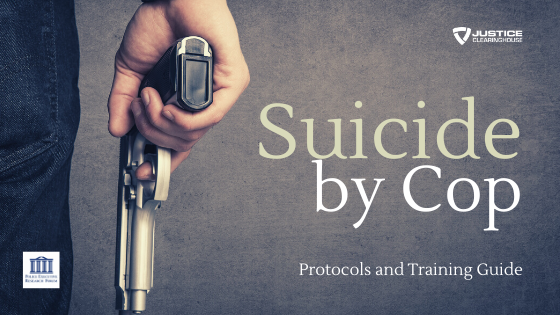 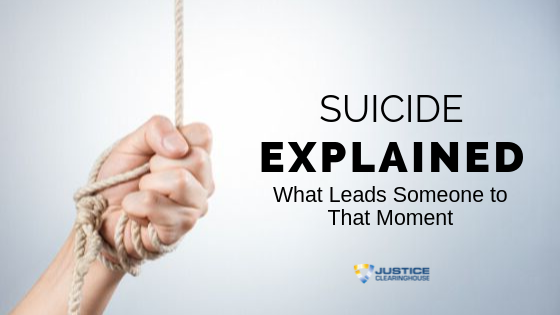 Suicide Explained: What Leads Someone To That Moment