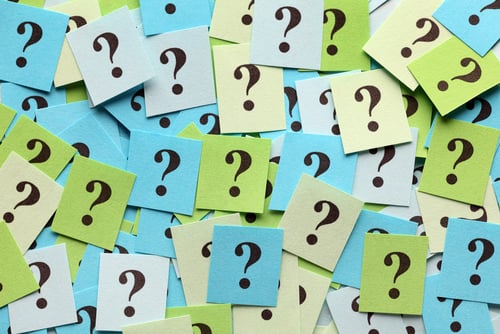 Webinar presenter Thom Dworak answered a number of your questions after his presentation Emphasizing EQ in Your Organizational Culture. Here are just a few of his responses.

Audience Question: The first question refers to the three core human needs in the workplace that you mentioned. Can you talk through those again? We had a couple of people that didn’t catch the third one or the first one. Can talk through those quickly again?

Thomas Dworak: Yeah. Well, first safety and stability, love, and connection, and, then the final one was health and wellness. It kind of fits, you know, when you look at Maslow’s Hierarchy of Needs, right? The first one addresses our own personal security and then moves up into relationships and continues to grow but nothing can really develop if we don’t feel safe and secure in the environment that we are in. From a law enforcement standpoint, we do a dangerous job. There are risks that we accept as part of that job. But it’s more the stability of the work environment itself that we want to drive home. That love and connection piece going into a building where you fear or don’t want to interact with others, that’s toxic. Health and wellness right now is a big deal. Stress is a big problem right now. I saw an article not too long ago, it was on Portland where 75 officers have applied for disability to stress-related-PTSD issues just recently because of the ongoing unrest that’s going on there. So that health and wellness piece is a big deal right now. We lose probably twice the number of officers to suicide than we do to the line of duty death. If we were more attentive to each other, if we had a more compassionate relationship there, a lot of times, you know that could be that missing piece there that could go and help and save somebody.

Audience Question: How does emotional intelligence play a part in de-escalation?

Thomas Dworak: I use emotional intelligence to teach de-escalation, I just don’t tell people I’m doing it. It really lies in the effect piece about the pause button and being able to respond versus being able to react. My ability to control me in almost any human interaction we have. The only certainty is that I know I can, hopefully, can control me. I can hope to influence the person I am trying to de-escalate, Okay? Now, I can do that through communication, through gesture. Emotional contagion plays a big piece in this, too, because if I’m not yelling and screaming and jumping around in that or I’m having a conversation, trying to talk them down. I might be afraid. I might be stressed because of what the situation is involved in, but I can manage my fear, I can manage my stress so that it allows me to continue to talk to someone in a low tone of voice to try to bring them or calm them down. Emotional intelligence is a huge part of de-escalation.

Audience Question: What kind of questions can you ask when interviewing to hone-in and understand how much EQ a person has?

Thomas Dworak: Go watch my webinar Hiring for Emotional Intelligence. You can ask folks in terms of how they’ve helped others. How do you help others get better? How do you manage failure? Tell me about a time where you didn’t succeed and what you did to overcome that? I’m trying to come up with questions right off the top of my head in terms of where from an interview standpoint. There are a number of them that are there, but this is because what we’re looking at is how does somebody deal with failure, how supportive of someone else are they? It can show compassion, it can show resilience, right? Because resilience is a big part of the emotional intelligence side of this. The higher EQ you have, the more you resilient you are. Nobody likes to make mistakes, but we learn so much from them if we don’t dwell on the mistake, but we dwell on the improvements that come from it and the lesson that it has brought. So, when we’re hiring folks, those are the type of things that we look at and the questions that we want to ask to see the responses that we get from them. And as you go back look at the webinar, the holistic questions are there. I must have answered 50 e-mails about a list of questions from folks after our webinar was done. I still have them. So, if you want them, absolutely, shoot me an e-mail and I’ll send them out to you to make sure you get some more.

Audience Question: What if your supervisor is always positive and ignores problems or situations that they really do need to be involved in?

Thomas Dworak: That’s too much of the good thing that I talked about earlier. I’ve worked for folks like this where there was an obvious case where disciplinary action should be involved and they didn’t want to apply it. There are times because behavior becomes wrong that it needs to be managed and needs to be addressed. The bosses who do that want to be your friends. And while I want to maintain and manage those relationships, right, but there has to be the understanding that there’s an accountability factor that goes here. I will help you but I’m going to hold you accountable for what you do. We see it at the academy sometimes, where folks who are getting ready to get promoted will come in and they become class supervisors and depending on the classes, we will have three, four, sometimes five, depending on how many. They’ll get groups of 10, 15, 20 each to manage. They are their supervisors for the 14 weeks that they are in. A lot of times, class behavior is absolutely influenced by how their supervisors treat them. If their supervisors come in and they want to be friends and they want to be buddies, there are significant problems that occur behaviorally in those classes. If the bosses come in with a clear set of expectations in terms of here’s why we’re here, here’s where I’m going to help you. I’m here for you but these are the behaviors that we’re expecting out of you and they hold them accountable to it, we generally don’t have behavioral issues out of the recruits, at least at the academy level. From an accountability standpoint, that supervisor is not doing himself, nor is he doing his charges any good and there should be some coaching involved there from either somebody who’s on a level – feedback buddies would work here? Whether he is above or line-level or maybe even somebody that is his friend within the organization, you can have that conversation with him and go hey look there are times where you got to be the hammer sometimes

Audience Question: I have noticed that sometimes emotional Intelligence is used to manipulate people and make them think that it is their attitude and not management. Are you familiar with this issue? Is this real? How does someone deal with that?

Thomas Dworak: That’s the dark side of emotional intelligence is that it can be used in a subversive way. It’s something that we hope doesn’t happen, but we see it. We are in a political season right now. We look at a lot of the political ads out for which side of the fence you are on. Pay attention to what those ads are saying and how they’re trying to make you feel. I never liked the blame game, right. Everybody owns a piece of it. If we are using it as a manipulative tool, for me, it violates care standards, you know, from a trainer standpoint, you know, I always look at it as a doctor’s Hippocratic oath, right. If I’m going to introduce something the very first rule is to do no harm. It’s almost passive-aggressive, you know, where you take that laid back but then all of a sudden, they turn it around and trying to make you believe it’s your fault. Like, If you would only be better at this, this wouldn’t happen. That’s something that’s hard to guard against and if the folks who are managing, the folks who are leading – managing and leading are two completely different things – but your influencers either using it for good and they’re using it for the good purposes which are intended, the dark side of emotional intelligence doesn’t come out that it’s something that we really need to be aware of.

Click Here to Watch a Recording of Emphasizing EQ in Your Organizational Culture. 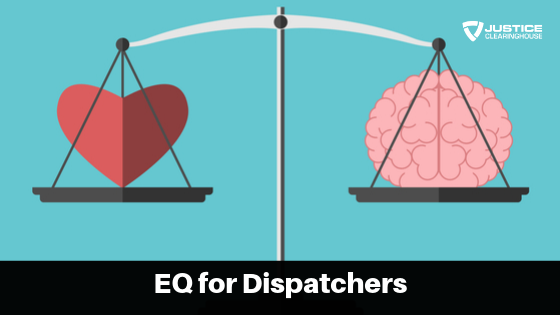 Infographic: EQ’s Critical Role For Success in the Workplace 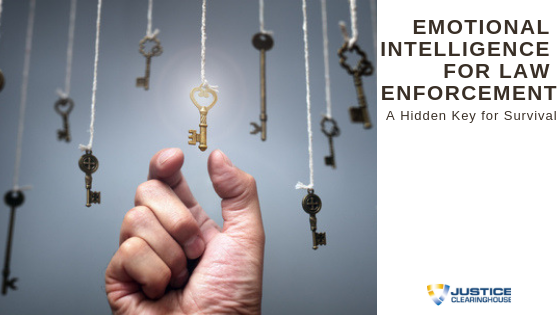 Emotional Intelligence for Law Enforcement: A Hidden Key for Survival

In today’s society, EQ is more important in the field of public service. John Thompson shares this […] 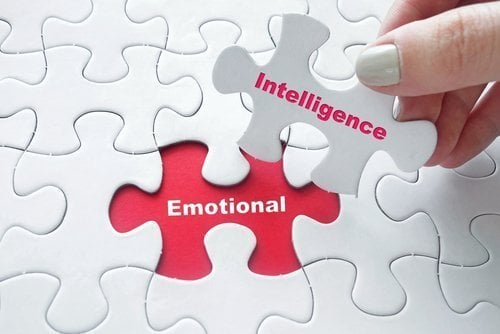