Webinar presenter Chris Lindberg answered a number of your questions after his presentation, "DNA Basics: Understanding DNA Evidence in Criminal Investigations and Prosecutions." Here are some of his responses.

Audience Question: Are you aware of any attempts to find DNA on fired cartridge case evidence and the results?

Chris Lindberg: I know that it can be done. We used to be told by the lab that it could not be done because of the explosion involved, they wouldn't be able to detect DNA. But now, DNA has been recovered from fired shell casings. It's still not the easiest job to do but I have heard of cases where DNA has come back off a shell casing which can be incredibly powerful evidence since shell casings are found at the scene of a drive-by shooting. A suspect's DNA off of those can really be helpful in identifying the person that committed the shooting and drove away.

Audience Question: What if the degradation rate of DNA if it is properly stored?

Chris Lindberg: That might be getting a little beyond what I feel comfortable talking about. But I will say that in cases that I have handled, surprisingly, even though there's degradation in DNA, DNA is able to be detected and analyzed long, long after the crime has been committed. I have a 1986 case where there's substantial degradation of the DNA, but still, a DNA profile was gathered. I also had a case where there was DNA off a door that has been deposited 8 months before and we knew that because the person that deposited it had gone to prison 8 months before. I know that it is possible to get DNA at least in the casework that I have seen after quite a while. The rate of degradation there is no standard rate. It's my understanding that because the DNA can be exposed to different factors, depending on where it is, and how it is stored and that sort of thing. There could be different factors working on it that would cause a different rate of degradation, but the analysts are great and they're able to work through degradation issues and oftentimes, like I said, get DNA off of really, really old items.

Audience Question: Can you briefly summarize how has DNA testing changed in the past 10 years?

Chris Lindberg: There are certain landmark events. Back in the OJ days, they used to do RFLP-type of testing and now they've gone to the STR testings. So those are the repeats I talked about. That was one big advance. The instrumentation and the sensitivity of the instrument have gotten better so they've been better able to detect things. The FBI has mandated to go to more markers so labs are in the process of switching over to test for more markers. That's a helpful event as well. The software, I think is phenomenal because it allows for the use of more data, use computer power to unravel these mixtures of DNA that we're detecting because the instruments are better. Detection gets better on items you were able to find. A mixture of more people in the software is helping piece that out. If I were to kind of describe or compare it to something, it would be like personal computers where it started out with the old big Apple desktop or IBM and it got smaller and smaller, then laptops. And as the improvements came, the improvements start to come in faster and faster and now we have smartphones. I would say DNA is part of that whole process in our society where it's getting slowly better and now the rate of improvement is definitely increasing.

Chris Lindberg: Absolutely. One of the great things about DNA is it can tell us things that we otherwise wouldn't know. Not only can DNA say, "hey, this is a suspect, you have the right person", but it can also tell us, "this is not the suspect, you have the wrong person." DNA has been at the heart of what groups like the Innocence Project are trying to do. One of the things they look for is… is there's anything we can test that would say that this is the wrong person. With the new technology and new testing, the science doesn't just go one way, it goes both ways and it can exonerate people just as much as it can include people. That's important because nobody has the interest to have the wrong person in prison or convicted of a crime. Everybody has an interest in having the right person that did the crime convicted of the crime.

Audience Question: Does the likelihood ratio rely on the same populational frequency databases? And more specifically, one about native American probabilities?

Chris Lindberg: Well yeah. I can say that yes, it's still the same population databases that are used. There are scientifically published databases of the population and the frequency of markers within that population that are part of what goes into looking at the rarity or the commonality of the profile. With the likelihood ratio, at least the labs in San Diego, I don't know if it's the same throughout, will generally calculate that for each ethnic population, the most common ones in San Diego, I think there's 4 or 5. The number, they're conservative and so they run with the number that's most beneficial to the suspect. If they get a likelihood ratio between the different ethnic groups of like 1.5 billion, 1.3 billion, and 1.2 billion — they will report out the 1.2 billion, because that's the more conservative method to do it. It builds in a little cushion there. That's sort of how they handle it. In terms of the native American population, I can't really speak to that.

Audience Question: Can DNA be used to determine or identify the ethnicity of the alleged subject?

Chris Lindberg: I think that's beyond me. When we get our DNA results, there's no determination in the results we get of the ethnicity. But whether that is a possible thing that they can do, I really don't know. I do know though that because DNA is an inherited trait, they are able to do familial DNA testing where if you don't have a reference sample from a suspect, but you have it from their brother. You can say, "this DNA profile came from somebody that's closely related to this brother that you looked at." It's not the brother but it's somebody closely related to that. Or the sister, parents, children — that sort of thing. I know that in tough cases where they don't have a reference sample from a suspect, they've been able to go to the larger family and maybe gather that data to use it in that way.

Audience Question: In the case of unidentified remains, is DNA testing done to help match the missing person's through the use of familial DNA. How do you collect DNA from a missing person?

Chris Lindberg: I know that DNA has been used in a variety of non-criminal case uses such as identifying war dead, or people from plane crashes or what have you. I would imagine that if there's a missing person that you don't have DNA from, you could use familial DNA testing to get an idea of whether the DNA that you see on an item is related to them. That's about the best I can do.

Audience Question: Laws in California regarding the collection of DNA has recently in the news. Can you talk a little bit about that and its implications on an investigative and prosecutorial perspective?

Chris Lindberg: The battle is always over whose DNA do you collect? Do you collect DNA from people who have been arrested? Only from people who have been convicted? The DNA database is a powerful tool so having DNA on file that you can compare unknown samples to and get a suspect is a great tool for law enforcement is very helpful in solving cases. The question about whose DNA should go into that database is hotly debated. In California, they take DNA samples from people who had been convicted of felonies. There has been talk of doing different things. Some people want to expand the collection. Some people want to purge the collection after a certain amount of time and the rules for the database are probably a little bit beyond my familiarity level. But I know it's controversial.

Audience Question: With all of the advances in DNA testing, do you see police and law enforcement as being more willing to reopen cold cases even if they are potentially more than 40 years old?

Chris Lindberg: Absolutely. Generally, there are a lot of cold cases that are generally unsolved murders that law enforcement has an interest in solving but don't have the resources to work on all of them all the time. Usually, the cases are prioritized based on solvability. The DNA that I was talking about from 1986 is from a cold case murder that they were able to use and then solve that case based on DNA testing now that wasn't available back then. Back in 1986 they did blood typing, so they could say, if the blood typing matches the blood type of the suspect, but that's not really very compelling to a jury, or a very useful evidentiary-wise. But if you can do DNA testing and come up with a likelihood ration something in the millions or billions, now the inclusion of the suspect is much stronger and the evidence much more compelling when used in court. Any cold case can be re-opened if there are things to be tested still in existence. If the evidence has been preserved and the new techniques are going to be applied. Sometimes you can get lucky and get a break that at the time you can never do.

Actually, that brings up a great point too, because looking to the future, those sorts of things are going to continue to happen, so items of evidence that might not have been tested now in homicide cases could be tested with whatever they come up with in the future. So, it's great to collect things, save things, recognizing that there are storage and space limitations. But there is a time capsule effect to criminal investigations where it may not be solvable now, but who knows what can be done in 10 or 20 years. 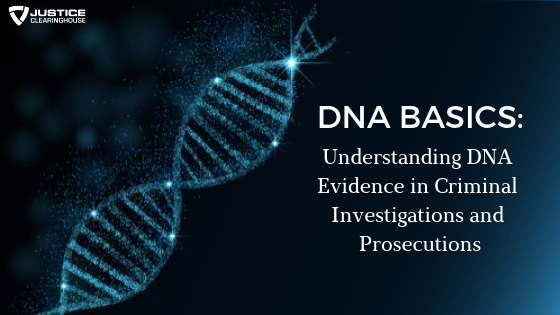 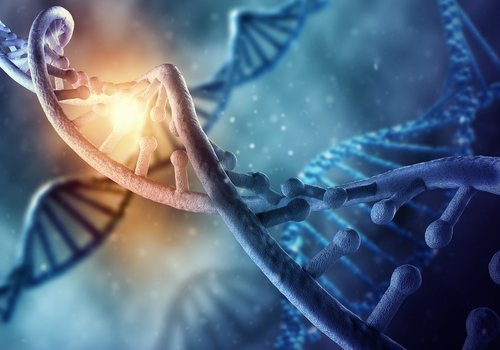