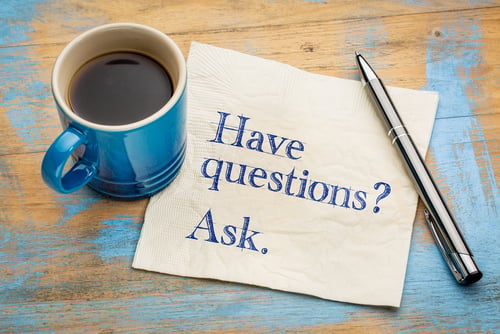 Webinar presenter Claudine Wilkins answered a number of your questions after her presentation, Dangerous Dog Cases: Tips on Investigations and Prosecutions. Here are just a few of her responses.

Audience Question: So during this quarantine time, are dogs biting more people in their families or is it truly the stranger delivery person at the door or is it a combination of both?

Claudine Wilkins: Great question and you know we’re doing some surveys and I’m actually picking up the phone and calling my shelter directors and ACO’s. In one of our counties in the metro area, they’re saying it’s mostly family dog bites children within the family. In the southern county, we’ve heard that it’s people dumping strays in the street and those strays are from attacking. And in the downtown metro area where there’s a lot of deliveries, it’s delivery people. It’s a mix.

Audience Question: Where are you seeing a spike in animals being surrendered due to COVID-19 as she shared that they’ve not seen this trend happen quite just yet in Connecticut. Can you share some more?

Claudine Wilkins: Well, again, we did a survey a few counties in rural parts of Georgia who already have full shelters are seeing that. Some folks have reported to me, in particular, Henry County, Georgia that somebody actually said I’m afraid my dog can give me you know COVID. Even though they were educated that they couldn’t they didn’t seem to care, you know fear takes over. It’s not just the fear of COVID. It’s also the lack of employment and a paycheck coming in too.

Claudine Wilkins: Yeah. Yeah, but I’m also happy to say that somebody actually in the Metro area where we live they actually sent me a picture of a line of people, of course, social distancing but they were waiting to adopt a pet. So that’s an uptick too which is a positive thing and then a lot of people are offering to foster. I’m offering to foster kittens right now because I have my children home to help me to do that and they are capable and old enough but there’s definitely an uptick in that as well because people are home and they’re like they’re their entire lifestyle this change their they’re actually having dinner together every night and like hey, let’s get a dog. It’s about time and they do.

Claudine Wilkins: I really think so. I mean right now shelters are just trying to figure out what to do and they really not enough surveys and statistics.

Claudine Wilkins: Yeah. Well now though, I think at the end of this we will be doing some analysis on that for sure.

Audience Question: Cheryl says, “Hi from Cheryl in San Diego, ” and asks why is it that some Animal Control Officers failed to take action against the dog for biting both a human and another dog? She continues to say I get so many clients where I see an investigation, but no action taken.

Claudine Wilkins: Cheryl, hello. I know who this is. Good to talk to you. You know lack of education. There’s no absolutely let me repeat, no reason why a charge or case should be not pursued when a person’s pet is killed or injured. That is certainly a reason to initiate a case, you know, there might be something where the victim dog was partly at fault or something like that. I don’t know the scenarios, but I get that too and honestly, it’s lack of education and what you’re doing it Justice Clearinghouse is very important. What we’re doing here locally in our state is important to make sure animal control and police officers are trained uniformly. I’ll put this out there for the first time in history in Georgia our Georgia Public Safety Training Center, which is where every law enforcement officer has to go through, has finally put animal cruelty and animal law training on their roster and unfortunately, it was supposed to be April 21st, which is in a week from now I think and we had to postpone it but we need uniform training here

Claudine Wilkins: Yes. That’s a great question. I love that and while I’m answering them, I’ll try to pull up the code section for you. We’re one of the few states that allow an individual to actually go file an arrest warrant for someone who’s violating the law and by the end of this thing, I’ll get you the code section on that. So what I’m hearing is an animal control officer wants to know if they can go straight to get a warrant issued. What I suggest there is if you’re having trouble with the police department, here’s what I want you to do and I used to be a prosecutor and I would have certainly had no problem if an animal control officer called me and said hey, I’m really not getting any help with police. I’ve got a case here. I need you to look at it. The prosecutor can then take it from there and work it that way. What we had in our County because I lived in a Metro County and prosecuting in the Metro County. We had our own investigators. What I would do on some of those types of situations as I would send out my investigator to meet with the ACO and work case up and build it up and then we would accuse it and get it going. Now citizens can file their own arrest warrant in Georgia. The code section is let me pull it up right here. This is a little unusual because people just don’t know about it. It’s code section 17- 4-40 and it says apply for an arrest warrant. Now, it doesn’t say search warrant. So arrest warrants typically would trigger, you need to get some evidence collected as well. But at least you can put yourself in front of a magistrate court to hear this. Okay, and if you need more on that, I’ve got some info on it to feel free to email me

Audience Question: What kind of insurance would the dog owner have that could ultimately help the victim? Is that homeowner’s insurance? Is it a liability? Insurance that covers all those civil costs and all that kind of good stuff. Share with us about that.

Claudine Wilkins: Typically, it’s your homeowner policy that would cover a dog. Now homeowner insurance policies have changed they have gotten savvy and in the fine print they may exclude your dog, or they may exclude certain breeds. So what you need to do is get in writing from your agents that your animals – first of all, don’t lie. You need to tell them you have a dog and tell them if they ask what kind of is just be completely transparent. Get it in writing that your animal is covered, okay? If you are renting you can buy a renters policy. Most renters insurance, believe it or not, that they sell out there as for the contents of your apartment. So you need to make sure you have general liability in your renter’s policy, okay, that it covers you for liability issues. Not just your contents, all right? Does that answer your question? It’s a pretty basic idea.

Claudine Wilkins: Sure, and that’s a great question and the answer is yes in Georgia for sure. It’s very different. So that’s the first thing I would tell you is, first of all, look at your own state law, okay? I’m going to read to you the differences between ours, real quick. Okay? We just pull it up and when we pass this in it was 2014, I believe. Shoot. What we did is we recognize these cases where people would be running away from a situation and they would get injured and so one of the things we wanted to do is split that apart. Okay, here it is. Just one second. A dangerous dog, the definition, is a dog that does one of these three things: causes a substantial puncture of a person by teeth without causing serious injury, so not a nip, scratch or abrasion or aggressively attacks in a manner that poses an imminent threat of serious injury to a person or another person. Okay? But they put a caveat in here in this was some lobbyist that added this in there. They said acts of growling, barking, showing teeth alone are not enough to qualify. All right. So what I tell people is if this dog was actively chasing or lunging at the victim and still growling and barking it’s a predatory style attack. So that would be considered aggressively attacks in a manner that poses an imminent threat so that in that particular situation that dog doesn’t actually have to bite you. Okay? It can attack in a manner that poses a threat in that person has been injured by it for whatever reason they might have fallen, hurt themselves run into the street got hit by a car, which has happened twice in Georgia, by the way ending in fatalities. The third one is while off of the owner’s property kills a pet animal now it used to say in that we had I think 61 versions of this bill before it finally got passed. We had injuries or kills and again from lobbyists managed to pull out the word injures and to me, it actually cost more if your animal is injured versus killed, either way, it’s bad. But the point is if an animal dies, I mean you’ve got possibly just, you know, removing of the body and if you want to have you know, it cremated that might have a cost to it or if the animal is valuable, you know because it’s a show animal or such but if an animal is injured, there’s more cost but in this particular case, we got it passed with while off the owner’s property kills a pet animal. A vicious dog is simply identified as follows one or two of the following inflicts a serious injury on a person or causes serious injury to a person attempting to escape the attack and that’s it. Those are the two different definitions.

Click Here to Watch a Recording of Dangerous Dog Cases: Tips on Investigations and Prosecutions.