Webinar presenter Michelle Welch of the Virginia Attorney General’s Office answered a number of your questions after her presentation, Advanced Techniques for Dog Fighting Prosecutions. Here are just a few of her responses.

Audience Question: This is a multi-part question. How hard is it to find dog-fighting experts? What constitutes an actual dogfighting “expert?” What should we be looking when people present themselves as a dogfighting expert to us?

Michelle Welch: We have lost some animal fighting experts to retirement.   I already told you the leading experts in the country. I may not know everyone but the fact that they haven’t trickled up so that I know who they are, I think, says something. I will say this. If someone tells you that they are a dogfighting expert, the first question out of your mouth should be how many investigations have you done? I can tell you Janette Reever has done a ton of investigations.  I can tell you Amy Taylor has done over a hundred. Richard Samuels was undercover in a cockfighting pit in Big Blue which I did another webinar once. He had two years of being undercover. He saw thousands of cockfights. The first thing out of your mouth should be okay what makes you a dogfighting expert? How many investigations have you done? How many search warrants have you executed? How many times have you testified in court? I didn’t mention one HSUS, there’s Eric Sakach.  He’s in California. He is a cockfighting expert. I don’t know that he has dogfighting experience.  The bottom line is they should be able to answer those questions readily and if they haven’t done a lot then that’s someone you really have to really figure out whether you can qualify them as an expert or not. For those of you who have to start at the ground level for your own expert, it’s going to take some time. You probably shouldn’t be putting on anybody that has just started getting experience as an investigator.  For instance, I always have to put on new state vets. I get them all trained up and then they leave me for good things obviously. My recent state vet defense attorneys have been giving her a hard time b/c she hasn’t testified as many times as other vets.  The problem for them is she has a ton of training/ experience from vet school.  She also has additional training and we keep sending her out on investigations.   When we first started, she had only done maybe five or six animal fighting cases. Now, she’s done a lot more than that. You also would ask your vet by saying well how many animal cruelty cases have you been involved in? How many animals have you evaluated in your career that sort of thing? For the dogfighting expert, you really have to dig deep and I have questions that I ask on the stand. I didn’t include them here but I’m happy to share them with anybody that needs them.

Audience Question: How much training does it really take and where do we find these courses that you are talking about?

Christina: Just in case anyone didn’t know…. Allison just shared this with me as well. The acronym that Michelle was saying was FIR, F-I-R. Field investigation and Response teams.

Audience Question: Is there any special funding available for smaller agencies to bring these experts to it? How do we afford these experts when our budgets are getting killed?

Michelle Welch: I feel like I keep pimping out HSUS and ALDF and ASPCA, the national animal organizations have been doing this for a really long time. They really do want to help everyone in the country. ALDF, in particular, will often give resources in a case. For instance, I needed a vet who was a toxicologist from Michigan State to come and testify in a horse case for me. They basically gave my office a grant and we provided the expenses for that vet to come here. When it comes to training, HSUS, ASPCA, and ALDF are doing a lot of training. I’m not sure how much they are doing on animal fighting but all of them want to help, they all want to help agencies to do these cases better. What we ultimately want is that we make it so that people don’t want to be animal fighters anymore. We bring them to justice so that we can stop the fights.

Audience Question: You mentioned a task force during your presentation, your animal fighting task force. How do you go about starting a task force? Their state doesn’t have one.  How do you start?

Michelle Welch: Not to be an ad but I did a whole presentation on animal law units and task forces. The short answer is you need a group of people who have either the desire to be on a task force and they want to learn the knowledge and actually help law enforcement on these kinds of search warrants. The way we did it was we had people who had done some cases and had some expertise on how to do them well. We brought them all together. One was me, one was Richard Samuels,  and one was Amy Taylor. We also had representatives from HSUS and ASPCA there as well when we first started. We’ve been going for I think 15 years now. It’s been a while. You basically need people who are either experts or who can become experts. You will need animal control officers. You might want someone from your state police on it if they are willing to be on it. We had our state vet as a liaison because she has to go out to animal fighting cases with us because it’s part of her job. You definitely want that. There was some criticism because someone suggested we should pay our vets but we are a volunteer organization.  Vets donate their time.  We haven’t really figured out how to get resources to pay vets.  I will tell you that recruiting vets isn’t all that hard because they are in it for the right reasons. They want to help animals. I also think it gives them a perspective especially when you put them on the stand, I have vets who really hate taking the stand. I have vets who really like taking the stand. Once you get it going, you may have people who have investigated animal fighting in your state, you just have to seek them out. A good place to look for investigators is officers who might have been investigating drug cases, they might have run across dog fighters and there’s a link between drugs and guns and dogs. On the cockfighting angle, they might be aware of them if they are looking into gambling operations or conspiracies or gangs activities.  It might be some of your gang investigators. Look to officers who have this kind of experience or who are interested in being on a task force.

Christina: Just to add to that, Michelle for the person who asked that question, the Justice Clearinghouse webinar, the recorded webinar that Michelle’s referencing is called Creating an Animal Abuse and Cruelty Unit for Your Agency. It was done about two months ago, it looks like. You can find that on the Justice Clearinghouse website and certainly contact Michelle for more information if you need to.

Audience Question: You mentioned during your presentation the notion that dog fighting is kind of like an addiction. Can you expand on that?

Michelle Welch: I’ll tell you that we know they’re recidivists. I prosecuted a guy named Richard Robinson early in my career. I think I got 2 years of an active jail sentence for him. He was down in North Carolina, fighting again. He was still on the radar. He came back to Richmond and he was prosecuted again for dogfighting. We have an ordinance that outlawed tethering and chaining. You can’t chain a dog for more than one hour in a 24 hour period. They sat and watched his house for an hour. They went in for that violation and saw that he had another dogfighting operation and got a search warrant. He got convicted a second time. The interesting thing is that they admit “Well, I am addicted I can’t give it up.” That is a really good admission that there is something about it that they can’t leave behind. It is a part of their social structure. It’s a part of all the people they know so it’s like entertainment for them. A lot of times associating at a cockfight is a family affair. They’re bringing their families to it. They clearly will not give up the dogfighting side of it. We know that people we have convicted in the past are at it again. With law enforcement, it’s really clear that you still need to track down all of the connections. You don’t want to leave a dog yard out there that you could be investigating and hopefully prosecuting. I’ve just seen too often that they really do enjoy it. Some of it, for cockfighting it’s so much about the gambling. Dogfighting is all about gambling too but lately, I’ve been seeing a lot of trading and selling.   Somebody sees something in one dogfighting operation and they act like that’s gospel. That might be the exception. When we’re talking about the paraphernalia, the stuff we talked about today: This is stuff we see across dogfighting operations. When you are looking out on it, it’s like is this a trend? Is this what they do? Is this crossing between dogfighters. For cockfighting, they are making a lot of money. A lot of money. We see that they’re betting on every part of the fight. With our dogfighters lately, it seems like they just do it because they like it or they are making money off the selling of the dogs in some way. They’re making money, but they enjoy it and maybe that’s why they are so addicted to it.

Click Here to Watch a Recording of Advanced Techniques for Dog Fighting Prosecutions. 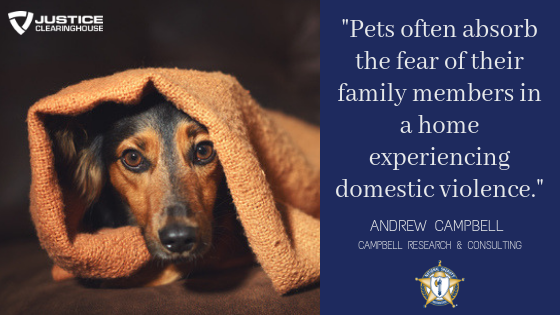