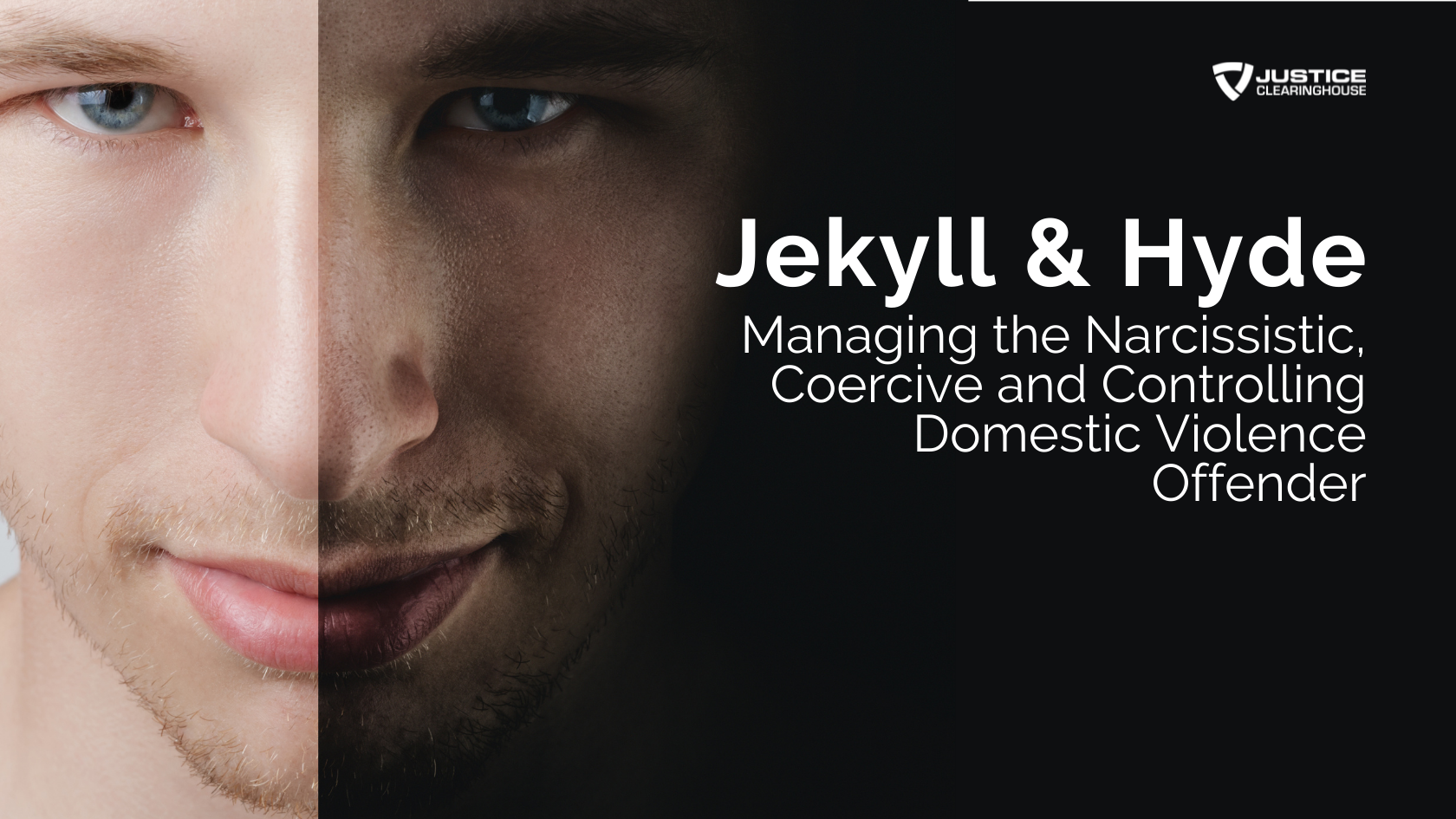 Expand your knowledge of the key elements of coercive offenders

Explore this concept and its presence in DV offenders

Connect the dots between traits, victim impacts, safety and supervision

“He’s so nice. How could he possibly beat his wife?”

All too many times, Criminal Justice professionals hear from friends, co-workers and community members that a domestic violence suspect/offender couldn’t possibly be guilty of the crime of domestic violence… He’s too charming. A devoted family man. A pillar of the community. So polite with Law Enforcement. Deferential to authority.

And that is what makes these offenders so dangerous. They are the epitome of Dr Jekyll and Mr Hyde: publicly charming and conciliatory, but a very different person exists behind closed doors.

Many Interpersonal Violence (IPV) offenders have perfected their coercion and manipulative tactics, avoiding the obvious signs of outward aggression and violence in order to control their victims. The Jekyll and Hyde DV offender uses emotion, attitudes and tactics that simultaneously can seem like a kind gesture to bystanders, oftentimes isn’t illegal, but in subtle ways lets the target/victim know “I’m still in control. I know where you are. I know how to get to you … and there is nothing you can do about it.”

And the tactics work: they leave the victim feeling isolated, helpless, misunderstood, and like they are going crazy.

This course presents the foundational concepts first responders, law enforcement, community corrections and victim advocates need to understand about the Jekyll and Hyde personality. The course discusses key tactics that these offenders often use against their partners, as well as how to confront and challenge these behaviors to increase offender accountability and victim safety.

Whether you are new in the field or you’re ready to take the next step in your career, consider investing in your future through this course which is filled with more than 3.5 hours of instruction, activities and exercises designed to help you grow and succeed in your role.

Courses consist of real-world info important for anyone who is a leader in any justice profession.

Your online course is filled with more than 3.5 hours of instruction, activities and exercises designed to help you grow and succeed in your role.

THE DARK TRIAD AND DV 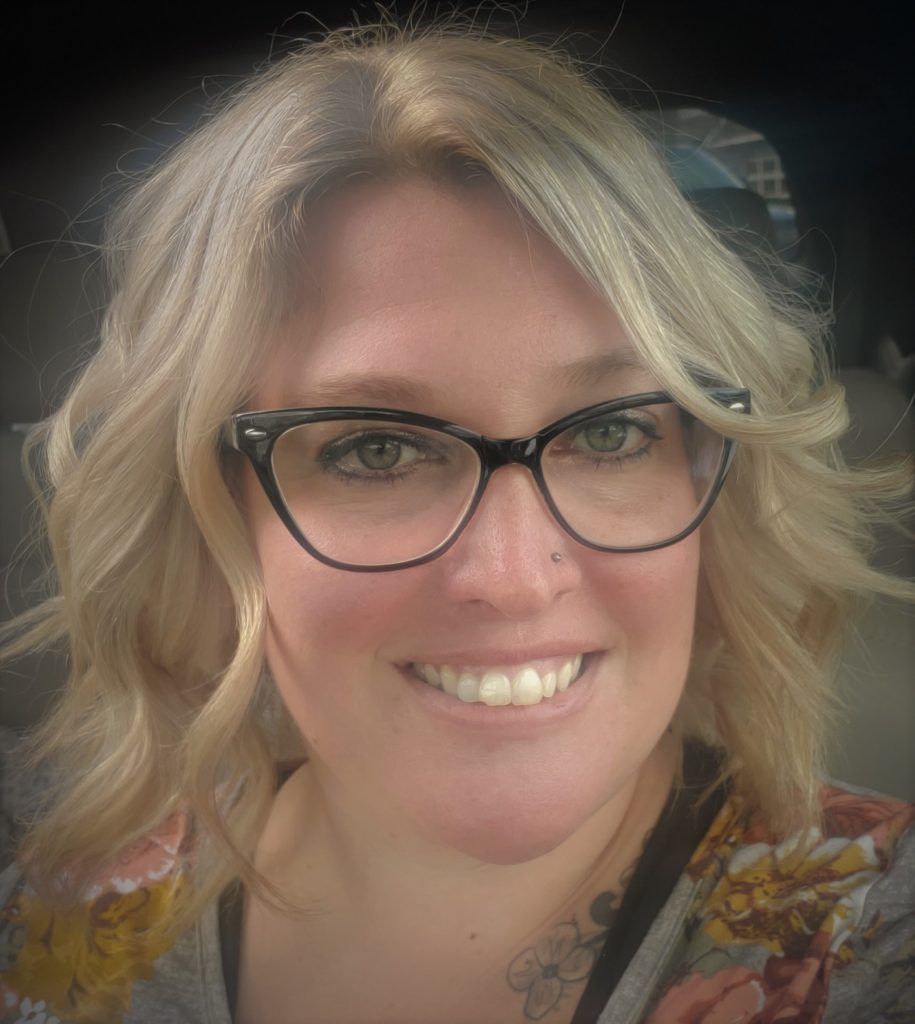 Sara Elliott-Mahoney has been employed with the Allegany County Probation Department for 17 years as a Probation Officer. For the past 10 years she has been a specialized officer, responsible for the supervision and investigation of domestic violence cases as well as facilitating the Department’s DV Offender Program. She recently obtained an M.S. in Psychology/Forensic Psychology from Southern New Hampshire University. Sara has instructor certification as a Domestic Violence Instructor through the Federal Law Enforcement Training Center/US Department of Homeland Security and also is certified as an instructor on the Women’s Risk Needs Assessment (NIC) and the Domestic Violence Screening Instrument-Revised (NYS DCJS). She has obtained specialized training through the Advanced Institute on Non-Lethal Strangulation and Dr. Jacquelyn Campbell’s Danger Assessment. She is an active member of the American Academy of Experts in Traumatic Stress/National Center for Crisis Management and was awarded a Certification in Domestic Violence with them.

• The information provided was very topic related and extremely detailed. Thank you for sharing.

• I am a non-DV paralegal and back up for the DV paralegal in my department – so basically everything discussed was new to me. I appreciated this information and value the knowledge I gained from it.

• Very nicely presented with interesting new perspectives on material I know well. Sara’s knowledge and calm demeanor must be a boon for victims. Probation was fortunate to have her, and I am glad she is presenting this information to so many.

I appreciate the perspective from an offender management side rather than only victim services. It helps show that this is a comprehensive approach -- which is necessary

Sara is very knowledgeable on perpetrators behaviors and does an excellent job presenting. I had never heard of the Dark Triad Traits and will be looking into this more.

The price is $129 for each student. We do have discounts available for JCH Members and group purchases involving three or more personnel. Please contact aaron@justiceclearinghouse.com for details

You can pay by credit card or debit card through our online store. For agencies paying by Purchase Order, or if your agency is wanting to enroll 3 or more people (20% discount), please contact us at aaron@justiceclearinghouse.com.